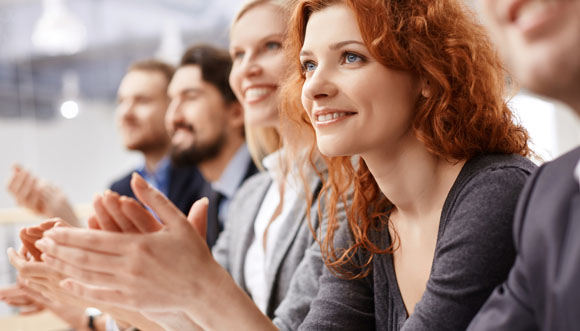 This quote rings true as a human being. That kindness, positivity and an engaged interaction can often change a perspective, a moment and sometimes a life. Have you ever considered this quote as inspiration when looking at how you deliver experiences to your audiences at events?

There was a moment this year at the JUNO Opening Night Awards where I was sitting beside our show producer, at FOH. We were in the middle of a live show, there was a performance on stage, a camera shot perfectly blended with gorgeous lighting, all introducing another segment of the evening. The audience was IN IT! it, They were engaged and invested in the moment and they were 100 per cent feeling it. I had seen it in rehearsal and knew what the next cue was and in a moment of panic when the cue didn’t come, I looked over at her and she was weeping, she was waiting, she was allowing the moment to truly be felt by all 1400 people in the room, holding back dignitaries, entertainers and a tight program, for everyone in the room to feel it. They did.

This industry is chock full of technically skilled producers and technical support teams that deliver experiences and shows with expertly developed dialogue and technical scripts, precise show calling, excellent stage management, all culminating in perfectly timed and executed productions. But have you ever left a meeting or show feeling like there was something missing? It was a wicked production, obviously with a big budget, integrated with cool technology… it just didn’t make you feel anything? You were bored…even “Meh”. Are your attendees really feeling your shows, are they connected, and are you changing their lives with moments that resonate?

Do you allow or trust yourself to essentially throw away portions of the script and generate on-the-fly experiences for attendees in the moment, as the energy in the room is felt, as the attendees moods change? Do you trust your gut enough to do this? Do you feel what they feel and adapt it make it better? Do you hear gasps in the audience? Do people jump out of their seats in joy? Do they cry, do they shout, do they feel?

For over 20 years, guests at our shows have been quoted saying that “they knew it was an event produced by “e” because it just felt different”. There is an “e” way, an emotional connection that attendees can’t quite put their finger on, but it’s something they can actually feel. After years of not understanding what our superpower was, we have identified it as using our EQ (emotional quotient) and emotional intelligence to impact experiences that matter.

The concept, also known as emotional quotient or EQ, has gained wide acceptance. However, some psychologists argue that because EQ cannot be captured via psychometric tests (as can, for example, general intelligence), it lacks true explanatory power.

I don’t pretend or assume to be an expert in emotional intelligence but I am intuitive, insightful and I REALLY trust and listen to my gut. We cultivate the same in our team; being intuitive and insightful are part of our core values. The reality is that the more in touch we are with our own emotions, the more connected we can be with the world around us, and in our venues, and with our audiences.

There is a need for this niche and specialized skill in our industry. A talent that creates moments  alongside the necessary spreadsheets.

Now more than ever, attendees are in need of responsive engagement, they want to feel something as a collective, to gather together and to connect. A brand’s message is more impactful through an emotionally intelligent lens, attendees are more willing to invest of themselves in the moment, and hopefully, long after the event is over. Practicing and honing your EQ and using that in your planning, production, and execution will turn a nice experience into a life-long memory that leaves your attendees with a feeling that sometimes can’t even be explained. You don’t have to weep, but you might.

Keri Miller is partner and chief creative strategist at e=mc2 events where she leads events and creative and marketing initiatives.