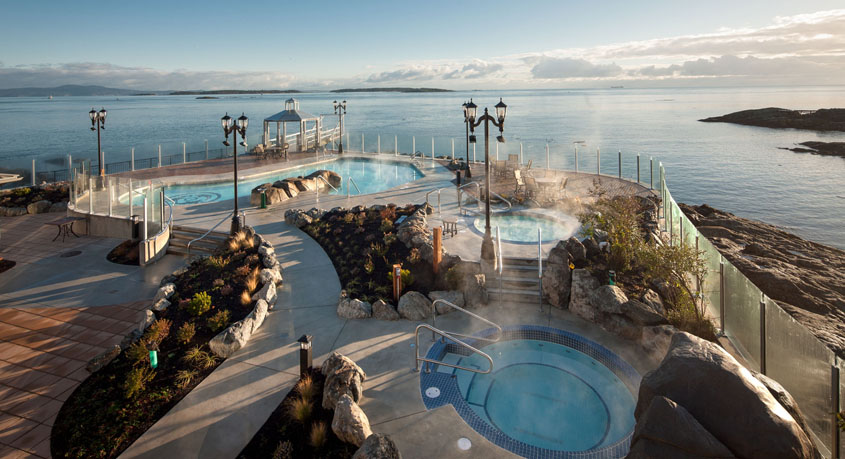 Oak Bay Beach Hotel has been named the top hotel in Canada and no. 19 worldwide according to Condé Nast Traveler.

At this stately Vancouver Island hotel only three miles from downtown Victoria, it’s not uncommon to look out from your balcony or from the waterfront mineral pools and see pods of orcas swimming close to the shore. The 100-room hotel is inspired by an English manor house, complete with Tudor-influenced architectural touches and a charming pub serving halibut tempura and seafood chowder. While the property and the surrounding seaside village may evoke the old world, the Boathouse Spa is firmly rooted in the Pacific Northwest thanks to treatments that incorporate seaweed and marine clay.

Best Hotels in the World:

Best Resorts in the World:

Top Islands in the World: