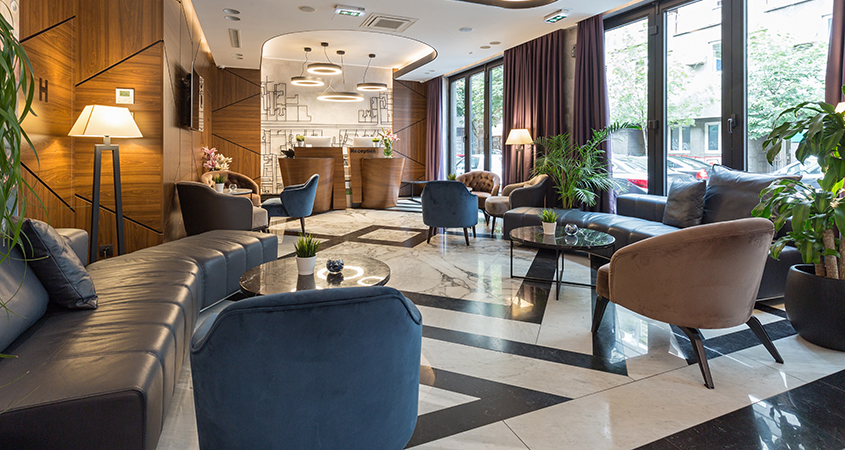 Canada’s hotels have been hammered by COVID-19, with occupancy rates falling as low as 18.8 per cent during the first full week of April 2020, so news of vaccine readiness in November was welcomed by the industry. As immunizations now rollout, there’s renewed hope that existing hotels will recover losses this year and new ones won’t have to offer the deep discounts that have become all too commonplace to fill suites. But although optimistic, there’s no certainty this will be the case, especially given concern around whether the already approved vaccines will work against the new ‘U.K.’ coronavirus strain. Regardless, planned hotel openings and expansions are forging ahead, which is a welcome excitement. Here are five of the most anticipated.

W Toronto
The nine-story, 255-room hotel in Toronto’s fashionable Yorkville neighbourhood takes inspiration from social, historical and physical insights and embeds elements of each into the rooms and public spaces. Upon entering, guests will be immersed in a modern biophilia and laboratory style experience, that leads to breathtaking indoor/outdoor spaces, perfect for soaking in spectacular sunsets and sounds.

“We are applying a unique, vibrant sensibility to the upcoming W Toronto, one that has not been seen before in Toronto,” says Paul Cahill, area vice-president, Eastern Canada, for Marriott International. “This is a strategic location for the brand and we foresee it welcoming international business and leisure travellers, (and) also becoming a destination for urban thrill-seekers.” 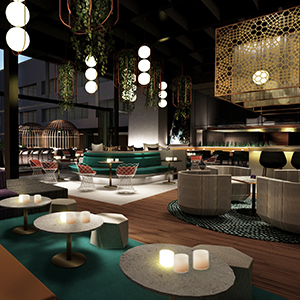 When it opens in April, W Toronto is expected to feature multiple food and beverage venues, including an indoor/outdoor lobby bar and lounge equipped with a DJ booth/recording studio for collaborating, broadcasting and recording podcasts; a specialty restaurant and a ninth floor rooftop restaurant accessible from street level with a glass exterior elevator; and a unique coffee and cocktail bar. The hotel will also feature a 3,300-square-foot fitness facility and 4,800 square feet of meeting space to serve as a unique venue for social and corporate events.

Muir
Gaelic for ‘sea,’ Muir is coming to Halifax’s waterfront thanks to the Armour Group. The five-star, 110-room hotel is a key component of the Queen’s Marque development, designed by celebrated Nova Scotia architect Brian Mackay-Lyons.

“Muir is a physical and spiritual manifestation of Nova Scotia, exploring materiality and craftsmanship of our past yet imparting a contemporary relevance,” says Scott Armour McCrea, president and CEO of the Armour Group. “Anyone who visits Muir will see this softly spoken in every detail.” 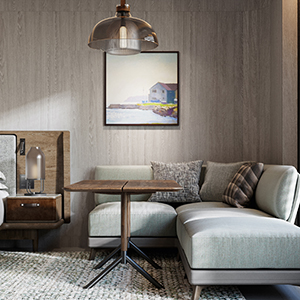 Canadian designers Studio Munge are behind Muir, which takes inspiration from the forces that have shaped Nova Scotia and its people, including its rugged architecture, sea-faring traditions, strong, resilient character, warmth and hospitality. It will feature Nova Scotia design, decor, amenities, art collection and refined regional dining.

Furniture and lighting will be bespoke, designed and made in Canada, reflecting a modern interpretation of traditional East Coast design. Each hotel room will include original art and pottery from Atlantic Canadian artists.

“(It) is a big step forward in our commitment to expanding the Riu Plaza hotel line in the world’s key cities, establishing the Riu brand beyond more traditional vacation destinations,” says Riu Hotels and Resorts CEO, Luis Riu. 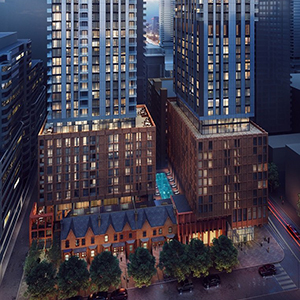 Riu currently has six Riu Plaza hotels worldwide, as well as three under construction. The first city hotel opened its doors in Panama in 2010.

The Hilton Quebec
Overlooking Canada’s oldest city, the Hilton Quebec embarks on a new era of hospitality when it reopens following a $70 million renovation. The project represents the most significant investment the property has experienced as confirmed by the Canadian hotel owner, InnVest Hotels.

“We look forward to reopening our doors and welcoming back guests, our team members and the community,” says Jean-François Lincourt, general manager of the Hilton Quebec. “Inspired by the beautiful city of Quebec, our guest rooms and public spaces are designed to perfectly meet the needs of today’s traveller, while offering an authentic Quebec local experience.” 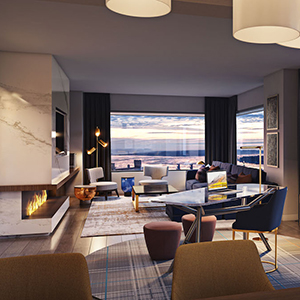 Also, with a major investment in its digital infrastructure, Hilton Quebec will be ready to meet the needs of today’s customers, particularly by hosting events in a hybrid format, for both on-site and remote participants.

The Drake Hotel
Located on vibrant Queen Street West in Toronto, the Drake Hotel will welcome a 32-room expansion after 14 years in operation. The Diamond Schmitt Architects-designed five-storey addition features a new lobby and will be linked to the existing 1890-built building via a pedestrian bridge framed by a large open steel form passing above the original hotel’s rooftop patio.

“Our expansion reflects our deep commitment to growing alongside our neighbourhood, respecting our roots and creating timeless spaces that act as a cultural bellwether for locals and visitors alike,” says Jeff Stober, founder and CEO of Drake Hotel Properties. 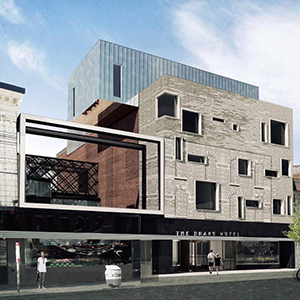 The enlarged footprint of the Drake Hotel keeps in line with modest growth along Queen Street, as well as the existing structure. The four-storey masonry base is topped with a setback, cantilevered suite, inspired by the owner’s suite at the Drake Devonshire in Wellington, Ont. The choice of materiality for the fifth floor — reflective steel — represents the new culture and layered textures of the historic neighbourhood, once home to the railroad industry.