General Manager Luis Ribeiro on the Montreal venue’s past, present, and future 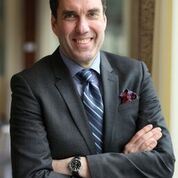 These are transformative years for Montreal’s Centre Mont-Royal. With the iconic venue’s 20th anniversary on approach, we spoke to its newly installed general manager, Luis Ribeiro, to reflect on its evolution and future ambitions.

You recently became general manager after serving for years as director of marketing and sales. What’s your plan now that you’re in the big seat?

It’s a big seat, but considering all the time I’ve spent here, it’s a role I’m excited to take on. As for my priorities, there are a few. We’re a year away from our 20th anniversary in 2020, which is a very exciting milestone for both Centre Mont-Royal and the city of Montreal itself since we’ve become such an integrated fixture in its downtown. Part of my role will be planning a few surprises for this special occasion, and while I can’t confirm anything yet, I can say it will be a memorable year.

Otherwise, my main priority is to continue steering the ship. We’ve come a long way already, so now it’s on my team and I to keep pulling in the same direction – first, to bring in business, and second, to then make sure we’re performing at our highest level possible. Getting the client to sign on the dotted line is just the beginning; the important work begins in the months leading after where everyone – frontline staff, event coordinators, food and beverage, IT – have to make sure they’re getting our best from the moment they step through our door.

How does Centre Mont-Royal stand out from the competition?

Nineteen years ago, a venue like ours didn’t really exist in Canada. It worked really well and it continues to pull in groups from all over the world. We’re such a unique venue, and our affiliation with IACC (International Association of Conference Centers) helps us offer things other hotels do not in terms of furnishings, services, and decor. 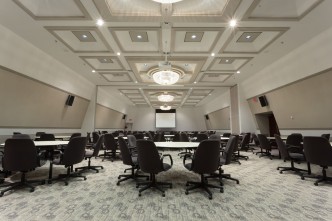 We also have such a unique selection of diverse spaces and rooms. That includes our theatre, which permits us to not only land international conferences or annual general meetings but host large-scale concerts, award shows, or galas. Having that mix of spaces puts us in a position where we can go after different types of organizations both on the corporate and non-corporate side.

Added to that is our experience. We’ve been here for nearly two decades, and after over 11,000 events we know what our capacities are, what clients expect, and how to adapt to accommodate a wide range of events. Based on the feedback, customers really respond to how we manage an event; so if anything, we’re not trying to reinvent the wheel but become even better at what we do.

At the same time, we can’t take that for granted. Montreal is booming in terms of hotel openings, and there’s a lot of innovation coming into the space. We have to work hard to maintain not only the physical appeal of our venue but what we have to offer. We have to keep redefining ourselves. 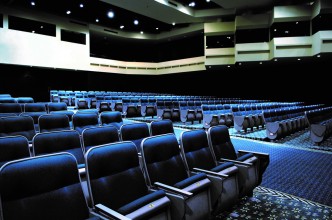 You’ve talked in the past about being a “chameleon”. Can you elaborate?

I think the key to a venue’s success is its ability to adapt, and that’s why I say Centre Mont-Royal is a chameleon. Over the course of an afternoon, we can transform our space from a serious conference to a blockbuster concert. We can turn a more subdued meeting room into a themed party space complete with tailored menus and decorations. So while a lot of Centre Mont-Royal’s appeal comes from its iconic look, a lot of its reputation also comes from its ability to change into whatever our customers need it to be.