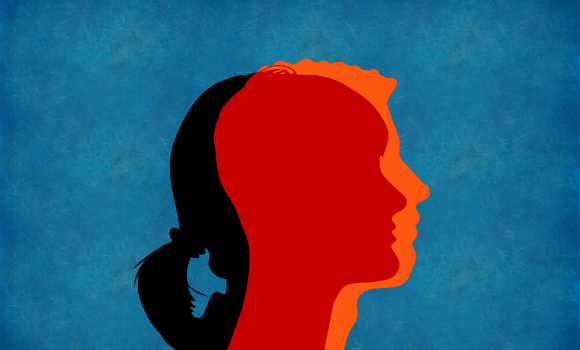 I was recently invited to attend an event industry cocktail reception at a hotel. As I was filling out the online registration, I paused at what’s usually a simple, perfunctory box to check: my title. Should people address me as Mr., Mrs., Ms., or other?

I’m a married woman, but it felt like an odd question to ask for a cocktail reception. What does it matter what I am? I’m just going for a drink. Formal titles are never put on name badges anyway — nobody’s going to refer to me as Mrs. Boulden at a cocktail event. The times have changed, but remnants of old practices and paradigms are littered amongst everyday minutiae, like registration forms, even though they don’t make much sense anymore.

Here, event professionals can not only adjust, but lead. Not everyone identifies as cisgender — where someone’s gender identification corresponds to their birth sex. Event planners set the tone for the entire event, and are critical toward creating a more inclusive experience for their guests (eliminating the obsolete title question is an easy start). And they should, not only because it’s right, but because one of few safe assumptions planners can make is that trans men and women will be attending their events.

The Canadian census doesn’t have an accurate count of Canada’s trans population. Statistics Canada only started exploring gender options other than male or female this year, giving recipients of a recent survey on opioid awareness the third option of “or, please specify,” which may still be subject to change. In a Globe and Mail report, Marc Lachance, director of Statistics Canada’s social and aboriginal statistics division, said it’s still a “work in progress.” Like registration forms, it’s an old, out-of-date paradigm. A 2016 UCLA analysis of United States federal and state data, however, found that 0.6 per cent of Americans, or 1.4 million people, identified as trans. In Canada, that percentage today translates to 221,700 people.

It’s an area a lot of us are new to, myself included, which led me to Rachel Clark, a fellow employee at TD Bank. Rachel is a trans female, and I had questions for her about how planners could improve events for non-cisgender people. Spoiler: there’s much more to do than just update the registration process. From an event’s conception through to the end of its execution, there are steps planners can take to create a more inclusive environment.

So what can we do? Here are some recommendations:

During registration, rather than asking for the traditional titles of Mr., Mrs., Ms. — which are rooted in patriarchy and sexist, but that’s another piece — instead ask for their preferred pronoun: she/her, he/him or they/them, which is gaining widespread acceptance as a term to describe people with a non-binary gender identity. Unlike formal titles (hello, Mrs. Boulden), some companies print the pronouns right under the name in brackets. Alternatively, you can also have stickers at the registration desk with these pronouns so that people can choose to put it on their name badge.

I was curious (as other planners might be) about why we would include pronouns on name badges if there is no one that we know of who is trans attending our event. Many trans people are actually not visibly recognizable; pronoun tags help facilitate an inclusive professional culture.

Rather than sticking with tradition, hotel operators should adjust their booking systems to allow people to identify how they would like to be addressed instead of prescribing the usual titles. Some guests might want to be addressed as Mr., while a regular might choose to be addressed by their first name.

Speak with your presenters about using inclusive language. Avoid “ladies and gentlemen.” Instead, encourage presenters to address the audience as “everyone” or “guests.” They should also avoid the use of male-centric language, like “the guys on my team.”

In the same way that planners should make sure that venues are wheelchair accessible, we should also choose venues with gender neutral washrooms to give our attendees options for what works best for them and not put them into an uncomfortable position.

When choosing event destinations, avoid countries or states with laws discriminating against trans people. It’s on you to ensure that all of your guests are treated respectfully — making sure the environment you choose encourages that should be top of mind.

It isn’t difficult for a planner to create a more inclusive environment for corporate meetings and events — it just takes some awareness, pre-planning and incorporating this way of thinking into what we do with each and every event we plan.