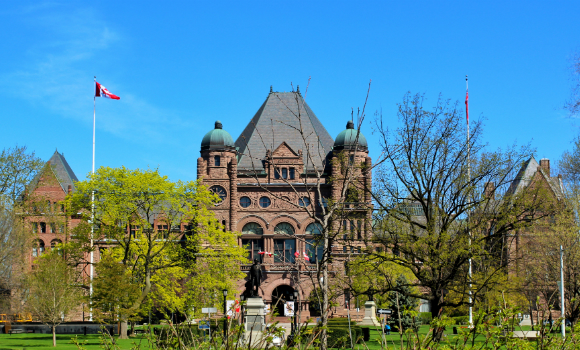 Bill 47, the Making Ontario Open for Business Act, repeals several of the Wynne government’s labour reforms. In addition to freezing minimum wage until 2020, after which it will keep pace with inflation, Bill 47 eliminates two paid sick days and repeals same-pay rules for part-time, full-time and casual employees. The previous legislation also allowed for up to ten days of leave; Bill 47 has replaced it with two days for bereavement, three for illness, and three for family responsibilities.

The Ontario Restaurant, Hotel and Motel Association said Kathleen Wynne “betrayed the hospitality industry” when she announced the Better Jobs Act in 2017.

“When it comes to the economy, being for the people means keeping and growing good jobs right here in Ontario. This will not happen on its own. Instead it starts with cutting the unnecessary red tape that is driving jobs and investment out of our province.”

While some think tanks, including the Canadian Centre for Economic Analysis and the Fraser Institute, predicted that Bill 148 would place thousands of jobs at risk and disproportionately affect young people when it passed last year, Statistics Canada reported in August that Ontario added 53,000 jobs since January 1, when the $14 minimum wage came in effect. That number is consistent with the number of jobs added in the same period in 2017.

In a statement, Rocco Rossi, president of the Ontario Chamber of Commerce, a business lobby, applauded the repeal.

“We are absolutely thrilled that the Government of Ontario is holding strong in its commitment to keep Ontario open for business.”

Deena Ladd of the Workers Action Centre told the Toronto Star the changes are “spirited and reckless” and “devastating news for people in Ontario.”

This piece was also published on Restobiz.ca