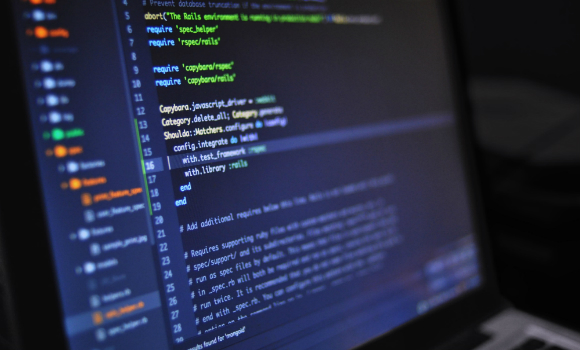 This is the first of three articles exploring changing landscape of technology and the corporate meetings and events industry.

The iconic line from the 1960s Bob Dylan song “The times they are a changing” seems to be a common refrain every decade or so, and in the intervening half-century since that song was composed, the times have thoroughly changed. We have seen generations of technology race by. We went from records to cassettes to CDs to iPods to music streaming services. It wasn’t long ago that at any mall or high street there was a record, book or video rental store. Now, not only have the stores started to disappear, but so to have many malls.

The number of industrial, clerical and manual jobs have been dwindling or been moved overseas. Corporate giants like General Electric are slipping away. The FANG companies (Facebook, Apple, Amazon, Netflix and Google), barely known a generation ago, now stand astride the global economy like latter-day Carnegies and Rockefellers. China, once an isolated, desperately poor country, now boasts the world’s second largest, and perhaps soon, the world’s largest economy.

Yet new predictions abound that the changes we will face in the next generation will be even more far-reaching and so fundamental as to even change who we are as a species. Those in the corporate meetings and events industry may well respond; “Yeah sure, I’ve heard it all before. But what’s it got to do with me?”

Questioning the potential change is the right response, so permit me to pose one of my own: Does the corporate meetings and events industry have the necessary employees and skills to survive, let alone thrive, in the midst of the approaching?

In a recent nine-country McKinsey survey, 40 per cent of employers said lack of skills was the principal reason for entry-level job vacancies. This in part explains why there are almost 6 million unfilled jobs in the U.S. Even new graduates quickly recognized the limitations of the skills they have just been taught. Sixty per cent of new graduates say that they were not adequately prepared to join the labour force. The shortages were not limited to technical skills such as science and engineering, but also in people skills such as communication, teamwork and punctuality. Just getting people to show up on time is tough!

What are the skills that will be needed over the next ten years in the corporate meetings and events industry? Who will train the newcomers? What needs to be done to ensure that existing employees can acquire these skills?

Will people enthusiastically embrace the challenges created by technological change?

Resistance to technological change has been building. A 2017 Pew Research Center survey found that many Americans anticipate significant impacts from new technologies such as the widespread adoption of autonomous vehicles to the replacement of entire job categories with robot workers. While expecting some positive outcomes from these developments, their attitudes more often reflect concern over the implications of these technologies for society as a whole.

Americans are roughly twice as likely to express worry (72 per cent) than enthusiasm (33 per cent) about a future in which robots and computers are capable of doing many jobs that are currently done by humans. Seventy-six per cent of Americans expect that economic inequality will become much worse if robots and computers are able to perform many of the jobs that are currently done by humans. A similar share (75 per cent) anticipates that the economy will not create many new, better-paying jobs if this scenario becomes a reality. Most Americans (85 per cent) are in favour of limiting machines to performing primarily those jobs that are dangerous or unhealthy for humans.

What is the cause of this fear? It used to be seen that increased productivity from technological change benefited everybody. There is an emerging fear that new advances only enrich a small minority of new-age aristocrats while reducing the vast majority to technological peasantry.

There is good reason for this fear. Increased investments in technology, global output and labour productivity have exploded. In the past century a majority of the increases in total productivity was as a result of increased labour productivity. As a consequence, United States GDP increased from $320 billion in 1950 to $17 trillion today. Since World War II, each generation has been better off than their parents. As recently as between 1993 and 2005, all but 2 percent of households in 25 advanced economies saw real incomes rise.

Since 2005, though, the OECD estimates that productivity increased by a quarter. Yet in that same period real incomes in G20 economies were flat or fell for 65 to 70 per cent of households — that’s 540 million people! Encouraging change in the face of fear and loathing is not easy. It is important for corporate meetings and events industry to determine how to encourage its employees and customers to view innovation as more of an opportunity than a threat.

Let me post another question: What do you need to know in order to prepare yourself, your company and your industry for this dramatic change?

The greatest challenge is, at least for me, understanding the remarkably complex and far-reaching developments that are taking place. What do algorithms have to do with my business? What is artiicial intelligence? What does machine learning mean? What is Deep Learning? Are cyber currencies here to stay? Why is block chain technology receiving so much attention? What is the Gig economy? What is a cyborg? What time frames are we expecting? Above all, what opportunities might be embedded in the change from which I can benefit?

Stay tuned: the next piece in this series will explore those difficult questions.