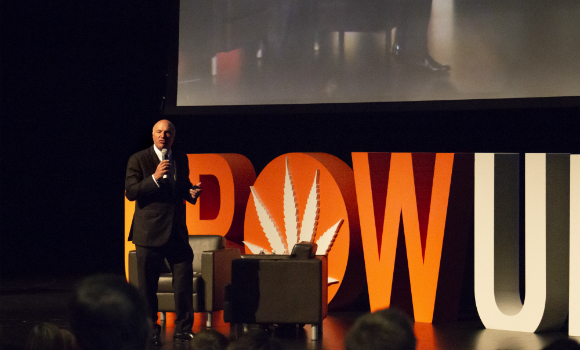 On October 17, 2018, Canada will become the first G7 nation (and the second country in the world) to legalize marijuana for recreational consumption. The passing of Bill C-45, the Cannabis Act, is expected to spark what many believe will be one of the most lucrative and fastest-growing industries in the country and, in so doing, grow demand for cannabis conventions and events.

No doubt, it would be a mistake to underestimate the potential of Canada’s cannabis industry. The New Frontier Data research firm estimates that the domestic legal market is likely to hit CAD$1.7 billion in 2018 and expand to $7.7 billion by 2025. In his talk to the Grow Up Conference & Expo in Niagara Falls, Canadian businessman and TV personality Kevin O’Leary echoed that optimism by saying the medicinal side of the industry (in comparison to its recreational counterpart) will have the greatest market potential, noting, “There is no question that Canada is leading the charge [in the cannabis industry].”

That leadership will rely on stakeholders’ ability to get the industry in front of the public, promote their products, attract investors, and dispel the myths and misconceptions about recreational marijuana use. Herein, Judy Mahoney, Vice President of Sales and Marketing for Niagara Falls Business Events, says cannabis-related events will be key to building a solid market foundation: “Conferences and conventions are relied upon in the cannabis industry as a means to assemble and network, and in this case it’s with licensed producers, equipment suppliers, government officials, executives, investors, and growing enthusiasts.”

Events such as these are also critical to generating awareness and education at this stage in the market’s cycle. With thousands of attendees and hundreds of exhibitors in one place, Mahoney continues, “They function as an invaluable resource for people wanting to share their knowledge and experience with others, particularly at a time when many questions have been left unanswered and solutions are still needed.”

Niagara Falls has hosted a number of cannabis-related conventions and industry events in recent years. So much so, that the region is en route to becoming an industry hub as investor and consumer interest in the new sector grows.

“Niagara is poised to attract more interest from planners since it already boasts a thriving agri-business sector with millions of square feet in greenhouse space, plays home to six licensed producers including Up Cannabis, and offers the expertise of locally-based professionals through Niagara College’s new commercial cannabis production program,” Mahoney adds.

As for what makes for a successful cannabis event, there is no special ingredient. That is, while the subject matter may be relatively new to the event planning scene, the same rules for success apply.

“Hosting Grow Up was just another day at the office for us. We did as we always did, which is help line up all the right elements — venue, transportation, accommodations, social events — and work with planners to pull it off right,” says Carrie Paolone, Director of Events at Scotiabank Convention Centre. “We’re pleased to be a part of a show that’s only getting bigger every year.”

Bill C-45 will seed a whole new industry when it becomes a reality this fall. And with demand for industry-related events set to increase, consumers and stakeholders alike will soon have more opportunities than ever to join like-minded Canadians in helping the industry flourish.