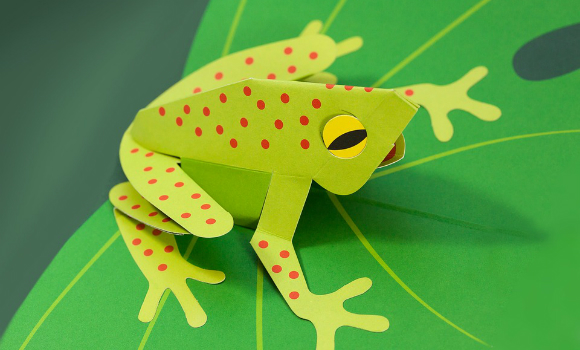 Spontaneity is anathema to a well-planned event. Spontaneity isn’t planned, which means it’s probably getting in the way of something that is, which means attendees’ sacrosanct schedules are being upended and taking the planner’s reputation with it. Planners might be forgiven, then, for wanting to smother the impromptu — something they’d plan for, surely — under the weight of timetables, clear instruction to staff and precise allocation of resources. Trade show attendees are counting on them. Right?

Turns out, they might actually enjoy a surprise or two.

More Than a Pitch

The “spontaneous” pop-up is slowly migrating from customer-facing product launches to client- and supplier-side events, where the shock and corresponding FOMO that has become tried and true leverage in consumer marketing campaigns is being adapted to business-to-business exhibitions. The event is obviously planned, but only hinted at (if at all) ahead of time. For trade show attendees, it creates a new and compelling wrinkle in their schedules. For planners, it’s a moment to steal the show’s spotlight — if they’re clever about it.

“Visibility is key,” says Cecille de la Cruz, an events manager at Scotiabank. “We have a target audience that goes to these shows,” and capturing them, while they’re surrounded with competing interests, demands more than just a good pitch. But the end goal of the pop-up remains the same as any other event: get people in the door to listen to what you have to say. The implicit concession is that it’s not about what you’re saying, but about how you’re saying it, which opens the doors to any number of creative mediums.

So why not say it with candy?

“We wanted to create an experience that made them want to stay there for a bit,” says de la Cruz, recalling the make-your-own-candy-bar station she helped set up for a Scotiabank pop-up. It was unusual, engaging, and — crucial amongst the drumbeat of workspeak — really fun. It proved a huge draw, with competitors even dropping by to check out the commotion. Crucially, the time spent making candy bars gave salespeople ample opportunity to engage prospective clients and close deals.

Occasionally, the client’s product can become an integral part of the experience. Another planner, who preferred to remain anonymous due to their connection with the event, created a pop-up cafe where attendees, rather than simply order coffee, answered a set of questions on a tablet. The program, which the client was selling, would translate those answers into that person’s ideal coffee, which the barista promptly. The software was both product and experience, and the interval between picking up the tablet and receiving their coffee gave salespeople some to engage with their now prospective client.

Pop-ups are the perfect opportunity to wholly abandon a didactic sales pitch in favour of something with a bit more verve and energy. Trade show attendees are going to take in a lot of information on any given day. They’re going to be handed a multitude brochures and pamphlets and portfolios that’ll mostly be bundled together to become a single pile. A candy bar, though? A coffee-made-personal-quiz? It’s the difference between being talked at and engaged with, the latter of which will be far more memorable whether the attendee planned on visiting your booth or not. Event apps have made spreading the word at the time-of as easy as sending a push notification.

The pop-up is the psychological hook that everything you or your client needs to communicate can reliably hang upon. It’s the chance to provide an memorable, unconventional experience and not just another pitch (a caffeine or sugar-loaded pick-me-up probably helps, too). Word travels fast enough in the closed bubble of a trade show floor that, even on short notice, an unannounced pop-up will become a major draw. So consider the anathema. Interrupt some schedules; they’re probably not as sacrosanct as you might think.