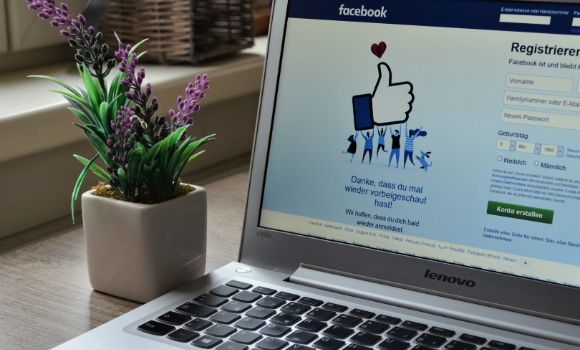 Despite the rise of Instagram, Snapchat and Twitter, even in 2018, Facebook remains king when it comes to event marketing. In EventMB’s State of the Events Industry Survey 2018, nearly three-quarters — 73.3 per cent — of planners said social media is their most important tool for marketing their events, while 88.1 per cent said they’re active on Facebook, as they should be. Facebook is by far the largest social network, with 2.20 billion active users as of March 2018. That’s nearly a third of the world’s population!

Furthermore, marketers spent a total of $70 billion on mobile advertising in 2015, 19 per cent of which was spent on Facebook. The jaw-dropping Facebook usage statistics can go on and on — its importance is a truism at this point. The point is, Facebook is the social network for promoting your event. Learn what the best practices and marketing trends are in 2018.

Facebook’s relevance score pertains to the effectiveness of a given ad. Using a secretly guarded and always-changing algorithm, it assigns a score to an ad based on customer responses and click-through rate. The score is on a simple 1-10 scale, the higher you can get it to 10, the cheaper the click-through. This is Facebook’s way of rewarding clever and high-performing ads.

So, how do you get the score up? Consider the following:

Are you familiar with sequential advertising? It’s an ongoing series of ads that build on one another. Start with one ad, then follow up with a second ad for the next few days that builds on the first. You continue this for as long as you choose, with each ad taking the viewer further down the sales funnel.

How effective are sequential ads? Here is a case study from the clothing company Refinery 29. It split tested two ads. The first was a simple ad with a message, image and call-to-action. The second ad was a sequential series of ads that, when pieced together, told a narrative about the company’s history.

You can do this for an event ad, with each successive ad highlighting a different aspect of the event, such as the main presentation, individual workshops and guest speakers.

Split Promotion shouldn’t be confused with split testing. The former is a way of advertising that caters to different demographics within your core audience. If you’re hosting a conference, chances are that the event is split into different components with different speakers, workshops and perhaps even trade show booths. Attendees may have a preference towards a specific lecturer or workshop.

Instead of a single ad that promotes all of these, create an ad for each one. This was what Totally Thames did for its 2017 event where it split its event into smaller micro-events for each of its panel discussions featuring different artists. It promoted each micro-event independently. This way, followers who may not be interested in the event as a whole may be fascinated by at least one aspect of it.

Carousel ads are another form of Facebook Ads that novice marketers may be unfamiliar with. If you have more images that you would like to share, then this is the best approach where multiple images appear in a slideshow format under a single ad. Each image also links to a different page.

Carousel ads are a great alternative or companion to the split promotion method described above. Instead of showing an entirely different ad for each micro-event, stick to one ad with an image for each sub-event. Perhaps an image corresponding to a speaker or workshop facilitator with a link to that portion of the event’s web page. Facebook claims these ads, when utilized correctly, lowers cost-per-click rates by 20 to 30 per cent.

These methods are all still very valid in 2018. Utilizing the most up-to-date promotion ideas for conference events will cultivate interest in your conference and drive followers further down the funnel process.

Dan McCarthy is an Event Manager at Mask, an event management company based in the UK. Dan has 5 years of event project management under his belt. He has worked on many successful events, and currently, e shares his knowledge by writing on the company blog. Follow him on Twitter @DanCarthy2.