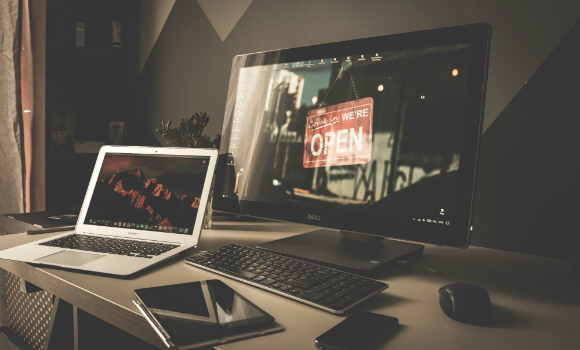 As the Cambridge Analytica controversy dominated headlines, a number of commentators excitedly speculated that Facebook had been discovered engaging in data manipulation. I expected that they would soon follow with dark hints that the Ford Motor Company was manufacturing automobiles.

Seriously? What business did they think Facebook was in?

As the controversy unfolded, data analysis was characterized as a digital dark art thatneeded to be regulated and restricted. It was maligned as dishonest, pervasive and intrusive, and with little mention of all the good it brings to the table. With the media maelstrom settling down, the time has arrived to stand up for the value of collecting and analyzing data.

But first, let’s take a step back.

Listening to the alarmists, one could be forgiven for thinking that data manipulation originated with the election of Donald Trump, but it’s been around for decades. For almost a century magazines sold their subscription lists to other businesses without asking subscribers for their permission. In the 1930s, readers of Popular Mechanics read very different ads than readers of Look, but neither group had any say as to why. In the 1940s advertisers sought out radio audiences in the millions that matched their desired markets. By the 1960s television had turned this exercise into a science, with Mad Man-esque advertising agencies spending huge sums to reach targeted markets.

More recently, the Obama 2008 and 2012 presidential campaigns were built on social media outreach and data harvesting, and they were applauded for it. Democratic operatives proudly and correctly boasted that their data analysis skills allowed them to know the likely voting intentions of every household. Banks have used mortgage data to identify potential customers for lines of credit and government-collected census data has been used for invaluable sociological research — the list goes on.

We need data analytics more than ever

I was told as recently as 20 years ago, when running the marketing department for a major bank, that we could not afford a one-gigabyte hard drive. That’s since changed. Now the deluge of information exceeds mankind’s ability to absorb it. The number of emails sent per day in 2017 averaged 269 billion. Five-hundred thousand comments are posted on Facebook every minute. Three hundred hours of video are uploaded to YouTube every minute. Ninety per cent of the data in the world today has been created in the last two years alone. The current output of data is roughly 2.5 quintillion bytes per day.For my generation, that is the equivalent of 11 billion copies of The Beatles’ White Album.

The choice is to either simply toss the data on a bonfire or develop ever more sophisticated techniques to analyze the data so it can be used for greater insight, planning and application. It’s not a hard choice.

In the drama of the moment, the CEO of Facebook was called to testify before members of the US Congress. To paraphrase Winston Churchill, the United States government is the worst possible government except for all the others. It has not only endured but succeeded for nearly 250 years. Regrettably, the two days of Facebook CEO Mark Zuckerberg’s congressional hearings were not the brightest moments in its illustrious history. Senators cited their grandchildren as sources of information. Their knowledge of Facebook seemed to come from a few cursory Google searches, and their understanding of the social network was paper thin.

One inquisitor repeatedly asked if Facebook would change its business model without explaining what that meant. Almost all the legislators proposed regulations to solve the problem. They seemed particularly taken by European regulations without noting that the company at the center of the controversy, Cambridge Analytica, was a European company.

The digital economy has made such extraordinary progress because it has been free from burdensome regulations. The thought that poorly informed legislators could produce an effective regulatory regime that would address the issues and allow the industry to continue to develop seems a stretch.

Manipulating data and applying those results in communicating with the market helps small companies far more than the large ones. It allows the local yoga studio to affordably reach out to possible customers in its neighbourhood. It allows community groups to mobilize support. We recently saw $15 million raised on social media to help a small town whose hockey team had been involved in a tragic bus collision. For event planners, the practice has produced keen insight into the best practices of social media, letting small teams leverage the most out of their online presence. This argument needs to be made forcefully and repeatedly, especially on social media – by of course targeting the right audience with the right message.

The advent of digital technology and the Internet has been the greatest liberator of humanity since the invention of the printing press. Everyone can freely speak to everyone else in in the world. Knowledge is no longer limited to the few. But given the mass of data circulating, state-of-the-art analytics are the prerequisite to benefiting from this great opportunity of free expression. Otherwise, all that data is a locomotive without wheels.