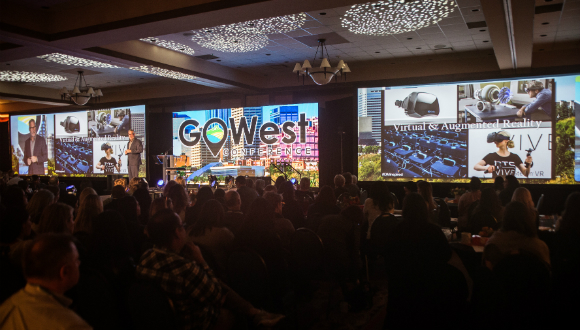 Highly successful gathering of event professionals will stay in Edmonton for its second year.

GO WEST will return to Edmonton in 2019. Timewise Event Management has announced the city and date for the second year of its much anticipated event designed for event professionals. They are thrilled to announce GO WEST 2019 will be held in Edmonton, Alberta on January 21-22, 2019.

“We received strong interest from several cities across Western Canada to host 2019,” says Arlene Schilke, Executive Producer of Go West and co-founder of Timewise. “Edmonton got behind us for our inaugural year to help make it a huge success. Moving forward, they really stand out as a partner who is ready to go ALL IN for our program in 2019.”

Edmonton is a thriving city with exciting things happening. The newly developed Ice District is home to Rogers Place and is Canada’s largest sports and entertainment district. Ice District also includes Stantec Tower, which will be Canada’s tallest building west of Toronto, and one of only three J.W. Marriott hotels in Canada. The city boasts two world-class convention centres, including the Shaw Conference Centre which is located in Edmonton’s downtown core, has over 2,000 hotel rooms within walking distance, and provides stunning views of the North Saskatchewan River Valley, North America’s largest urban parkland.

“We are very pleased with GO WEST’s return to Edmonton as the host destination in 2019,” says Maggie Davison, Vice President of Edmonton Tourism. “This is a great event for our local industry, and the program affords meeting planners the opportunity to experience our beautiful city. Edmonton truly is “all in” and supportive of GO WEST’s efforts to grow. I hope and believe this is the beginning of a lasting partnership.”

GO WEST 2019 will be hosted at the Shaw Conference Centre, Edmonton’s downtown meeting and event facility and one of Canada’s top performing convention centres. “We’re proud to host Canada’s top meeting and event planners who play a vital role in Edmonton’s success as a meeting and conventions destination,” says Richard Wong, General Manager of the Shaw Conference Centre. “This is a remarkable opportunity for us to show them how the Shaw Conference Centre pushes the limits of providing the very best experience a client or guest has ever had, anywhere.” An attendance of 500 event professionals from across Canada is expected for two days of educational sessions, experiential workshops, social events and an 80 booth exhibition. 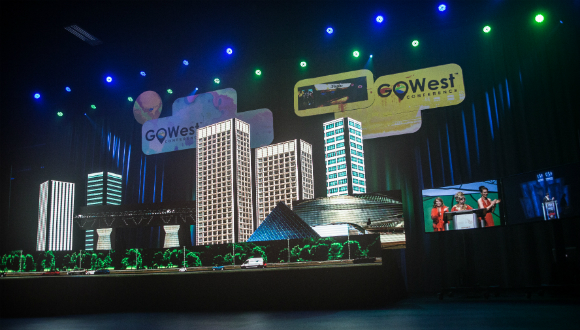 The first annual GO WEST 2018 sold out and attracted 380 event professionals, of which more than 200 were meeting and event planners. “We were elated at how well this initiative was received in our meeting and events community. Since the event in February we have received interest in attending and speaking from across Canada and into the USA,” says Schilke. GO WEST drew attention this past February for its innovative thinking which included Edmonton Tourism hosting a summer-themed reception in a 60’ dome tent in -15C outside temperatures.

The GO WEST initiative is an annual event that brings together leaders and innovators in the events industry for two days of sessions, workshops, social events and connection to resources. Produced by Timewise Event Management, it is the largest annual event in Western Canada for meeting and event professionals. Attendees gain access to world-class speakers and industry innovators, providing inspiration and content on industry trends and event creativity and design. Visit gowest2019.ca for more information.

Edmonton-based Timewise Event Management Inc. has been a leading event management agency since their inception in 1999. Driven by innovation, they are known for being pioneers in the meeting and event industry. They founded and produce the Edmonton Event Awards and Calgary Events Awards, initiatives to bring the local event communities together. In 2017 they were recognized internationally with an esteemed ILEA Esprit Award for their event awards initiative. Their co-owner Brent Taylor was just recognized as Event Professional of the Year at the 2018 Canadian Event industry Awards. Visit timewise.biz for more information.

Managed by Edmonton Economic Development Corporation, the Shaw Conference Centre has a vision to be one of Canada’s top performing convention centres. Everything they do is dedicated towards pushing the limits of providing the very best experience an event planner or guest has ever had, anywhere. Visit ShawConferenceCentre.com for more information.