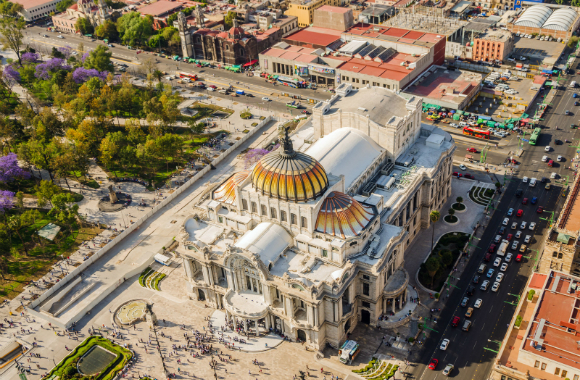 “WestJet is proud to be at the forefront of expanding on vital trade and tourism linkages between Mexico and Canada,” said Ed Sims, WestJet President and CEO. “Non-stop, year-round flights from Calgary and Vancouver to Mexico Cityconnect the country to one of the most important major markets in the Americas and expand on growing opportunities for Canada/Mexico tourism. We welcome our first MEX and YYC-bound guests today knowing these flights are a win for business and leisure travellers on both sides.”

WestJet’s investments are expanding economic linkages that benefit many sectors of the economy.

“WestJet’s non-stop service from Calgary to Mexico City is great news for Alberta and Mexico,” said Ricardo Miranda, Alberta’s Minister of Culture and Tourism. “The new service will support the growth of tourism, trade and investment, while strengthening the cultural ties and relationships between our two jurisdictions. The service further establishes Alberta as a world-class tourism destination and an important business centre, by enabling visitors from Mexico to travel directly to Calgary and our province, and providing Albertans with a gateway into the central and south American markets.”

“Congratulations to WestJet on its inaugural flights to Mexico City,” said the Canadian Ambassador to Mexico, Mr. Pierre Alarie. “Mexico is a key partner and ally for Canada and people-to-people ties are the foundation of our deep friendship.  In the first year following the elimination of the visa requirement for Mexican travellers, we witnessed an increase of 45 per cent in Mexican visitors to Canada.  We hope to see this positive trend continue.”

WestJet first landed in Mexico in 2007 and now serves 11 cities in Mexico from 15 Canadian cities, offering more non-stop routes than any other Canadian airline. WestJet’s growth in Mexico makes up nearly 10 per cent of the airline’s available seat miles and at peak winter schedule, WestJet will operate up to 37 daily flights.