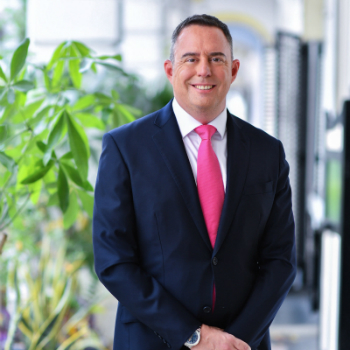 Reporting to Gregg Saretsky, WestJet Group President and CEO, Steven will have end-to-end accountability for all strategic aspects of Swoop, including short and long-term planning, branding, pricing, product development, and operationalization of the ULCC in 2018 and beyond. Bob Cummings, the WestJet executive in charge of Swoop launch, will move into the role of WestJet Executive Vice-President, Strategy and Guest Services.

“Steven brings extensive expertise in ULCC operations including sales, distribution, planning, revenue management, as well as loyalty and commercial strategy; all expertise that we welcome to the table,” said Gregg Saretsky. “Swoop’s brand and booking launch, successfully led by Bob Cummings, has provided an excellent foundation and we look forward to having Steven’s vast experience and drive to take Swoop from here.

“I’m incredibly humbled to be joining the Swoop team,” said Steven Greenway. “It’s thrilling to be part of the Swoop story and to have the chance to drive Swoop to change the Canadian travel market in the same way that WestJet did two decades ago. Being part of an airline start-up is a magical experience as our team looks to make their mark on an airline that will last well into the future of Canadian aviation.”

Steven joins Swoop with more than 20 years of airline, loyalty and advisory experience with an emphasis on low-cost carriers (LCC). Steven’s most recent roles were as CEO of reward-U, the pioneering LCC loyalty program of HK Express and as the Board Director of Zuji, one of Asia’s leading online travel agencies where he was responsible for helping drive operational excellence, strategic planning and accelerating revenue growth for both organizations. Steven has also worked in a variety of executive and leadership roles at airlines including Japanese LCC Peach Aviation, Virgin Blue, Virgin Atlantic and Qantas. More recently Steven was a founding member and Chief Commercial Officer for Scoot, Singapore Airlines’ successful mid-to-long-haul LCC. Steven has a Bachelor of Economics and a Bachelor of Political Science.