Americans touch their smart telephones 2600 times per day, as cited in a study by The Economist. According to Group M, Americans spend, on average, almost four hours per day of personal time online, over four hours per day in Britain and almost five hours in Hong Kong. That does not include being online at work!

These statistics highlight the seemingly unstoppable growth of social media in our lives. The benefits of this new technology have been extraordinary. Anyone can send a message to anyone else on the planet. Grandparents can see and speak to their grandchildren on the other side of the world. The ability to introduce new ideas, services and products to a global market is no longer limited to rich or powerful organizations. As a consequence, new business opportunities have become available to entrepreneurs everywhere. For almost all businesses, social media is no longer an option but a necessity. Social media has changed us all – largely for the better.

Yet perhaps the time has come to examine some of the basic assumptions of social media and consider some of its potentially negative impacts.

It is no longer an overstatement to claim that the advent of social media is having as much impact on humanity as the invention of the printing press. The printing press increased knowledge immeasurably. Where there were once several dozen hand-copied books, it allowed for thousands of printed books in numerous local languages. Within several decades, the printing press ended the centuries-long Dark Ages.

Last October marked the 500th anniversary of Martin Luther publishing 95 Theses that led to the creation of Protestantism, which fundamentally reshaped European society. Luther was not the first to introduce such ideas, but he was the first to do so in a university that owned a printing press. It allowed him to quickly reach mass audiences who responded in kind.

Instead of writing in Latin, he wrote in local languages in order that entire populations had access to his thoughts. Rather than writing long theological documents, he wrote in brief, easy to understand messages that were printed and quickly distributed. The printing press created the social media of its day. Think of Luther as the first blogger. If not for the printing press, Martin Luther would now be a long-forgotten monk.

Great benefits were derived from the combination of Luther and the printing press. It also led directly to a peasants’ revolt, wide–spread anti-Semitism and the 30 Years War, causing the deaths of millions. It seems that this new 15th century form of mass communications led to far more passion than reason.

From the printing press to social media

Increasingly there is a desire to further understand the impact of social media, not just on businesses and society, but also on the human brain.

For example, the UCLA Brain Mapping Center found that when teenagers receive lots of likes for a photo on social media, their brains respond in a similar way as seeing loved ones. If social media can even shape the way the brain develops, what are the possible negative impacts if it can replace the need for loved ones and family?

Even the most casual user of social media must be shocked by the sometimes vulgar, vitriolic and threatening comments being made. One cannot help but think that these responders would never say these things in an ordinary conversation. Yet when we see the tone of some of the political and social debates occurring, we wonder if social media has given license to say the most reprehensible comments in any social setting.

The good news is that as use of social media matures there is also a growing healthy skepticism. Recent surveys indicate that only 37 per cent of Americans trust social media. A growing understanding of the beneficial limits of social media must be positive. 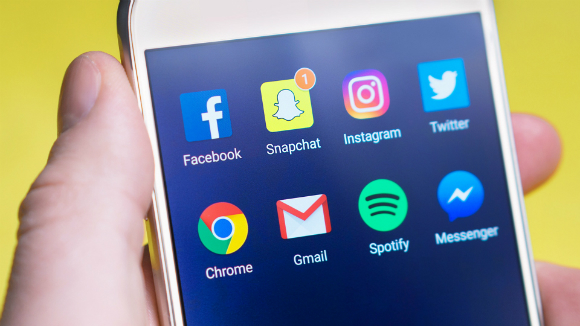 So what does all this mean for how a business should leverage social media?

Is it possible that we will soon see the limits to the commercial benefits of social media? As the ability to reach out to customers has grown, so has the desire. Direct marketing was once limited to large organizations, largely due to the expense of first class mail. Now it is possible for businesses of all sizes to send an unlimited number of emails to all potential customers all the time.

The results can be seen every day in anyone’s inbox with dozens of emails containing the latest offer. At least in my case, they are not spam. I have asked for them because I’m interested in their products. But just because I am interested in purchasing online eyewear, furniture or vacations, that does not mean that I want to receive an email every day on the subject. It is possible to unsubscribe but I don’t want to do that either. At the moment there does not seem to be a middle ground between too much and nothing at all.

The number of emails sent per day in 2017 averaged 269 billion, while 500,000 comments are posted on Facebook every minute. Three hundred hours of video are uploaded to YouTube every minute! The volume of information we are sending and receiving is staggering. Are we beginning to reach the point where we as a species simply cannot absorb any more information?

As the economist Herbert Simon said in 1971, “A wealth of information creates a poverty of attention.” (What would he say today?) When customers stop paying attention because of too much information, the business has a problem.

It begs the questions: because you can send this volume of communications, does it mean that you should?

It is one thing to ask for emails and receive too many. A more unsettling phenomenon is when you are on social media and casually look at a story about, say, a Caribbean island and then mysteriously start receiving advertisements about Caribbean cruises. It’s a little creepy.

Even more unsettling, the White House Press Secretary recently said as result of her two-year old son repeatedly yelling “Batman”, which was picked up by Amazon’s Alexa voice command service, they were shipped an $80 Batman toy.

If social media is reaching the point of listening to household conversations and leveraging the information for unsolicited gain, we may perhaps be seeing social media hitting non-technical limitations. It once again begs the question: even if you can, should you?

Social media is at its heart perhaps the greatest liberator in human history – even more than the printing press. Yet it has its limits and its dangers. It should not be greeted with unalloyed enthusiasm and uncontrolled use. Volume is not relevance, information is not knowledge and opinion is not wisdom. Fewer algorithms and more judgment might be the key to a social media that continues to benefit humanity.