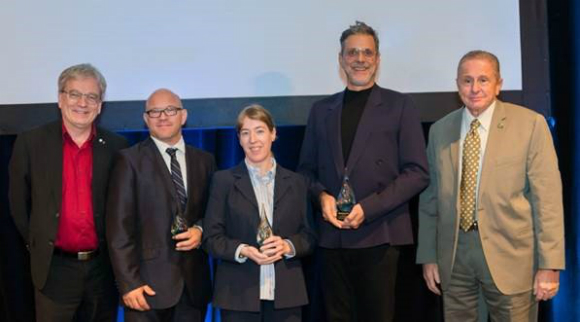 “Winning a bid to host a major conference helps generate significant intellectual wealth, and also contributes to promoting the field of science as well as the reputations of those associated with the event. Montréal hosts more international conventions than any other city in North America, and the Palais is proud to play an active role in putting together the bids in order to support the work of these professionals looking to welcome their peers to Montréal,” says Raymond Larivée, President and CEO of the Palais des congrès de Montréal, a Québec government corporation.

“Conventions are an important part of researchers’ scientific communication. They allow for peer-to-peer discussion on progress in a specific field, but can also be an opportunity to raise awareness of a disciplinary field and the research findings outside the academic community, toward the general public. At the Fonds de recherche du Québec, we strive/intend to pursue our efforts to support researchers who take this path”, reinforces Rémi Quirion, Chief Scientist of Québec.

Titled Talking about science in 2017: Challenges and outlook, the third edition of the forum brought together more than 100 researchers, research centre managers, university administrators and members of the Ambassadors Club, who attended workshops and engaged in dynamic discussions and workshops in order to come up with possible actions on how to best communicate science. The forum is a joint effort between the Palais des congrès de Montréal and Fonds de recherche du Québec, organized within the scope of a partnership agreement in place since 2014.