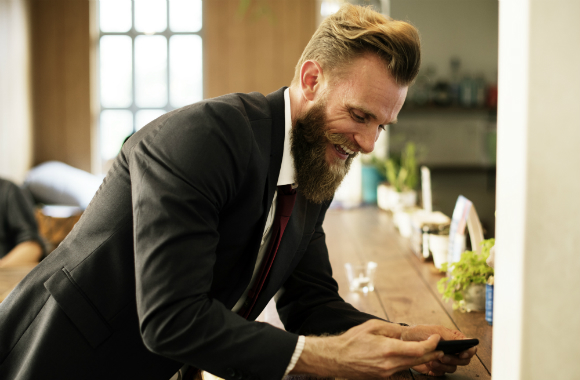 Event mobile apps have become a mainstay for conferences and meetings. Participants expect the digital version of the printed program, and with good reason. The event mobile app is the best, most convenient meeting tool that can be continually updated.

When an event app is released weeks or even months before an event, it allows delegates to plan and customize their schedule, read speaker profiles, mark specific exhibitors for must-have conversations, and download slides. Changes to the schedule can be implemented in seconds. Compare that to a paper program, which can be obsolete once it’s printed.

Industry research has suggested that more than two-thirds of all meetings now employ mobile meeting apps, but misinformation still exists.

Maybe, maybe not. Many variables come into play. If you’re an event organizer, you certainly want 100 per cent adoption. But you must work for it. Three things will impact how many participants will use the app:

Fallacy #2: “It’s too early to switch to a mobile app. Our attendees are older, and they are used to paper.”

What it really sounds like is, “Our leadership team is older and they’re tentative.” It’s ironic, because in their executive-level and board meetings, the leadership endlessly debates how to attract Millennial members and retain them. Why not deliver the conference in the format that Millennials will actually use? P.S. People in their forties and fifties also like the convenience and practicality of apps. 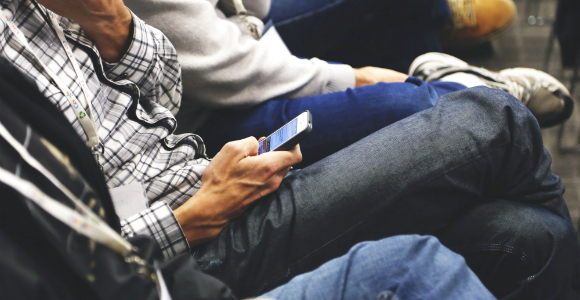 Compute the total cost of hours and resources expended for design, writing, proofreading, printing and shipping of the program. Before continuing with print, survey your delegates about the program itself. Ask them for an honest assessment. Some might admit they toss the program, even before they depart for the airport, or leave it on an office shelf.

Compare those costs to a mobile app which delivers economies of scale that the printed program won’t have, because 1) it’s on the delegates’ devices; 2) you can often use the same app structure from meeting to meeting.

“We need the program because we sell a lot of ads.”

Right, so it’s essentially a magazine with the meeting schedule inserted. The only metrics are the number of copies printed. With an app, ads can be contextual, with full-page ads, rotating banners, sponsored announcements, and gamification for activities. Apps come with metrics, such as the number of times an ad is presented and the impressions a sponsor page gets.

“Delegates want to write notes on the printed handouts.”

Change the paradigm. When presentation slides and handouts are made available on the mobile app, users can download them to view, and then print them out. Voila! The printing costs shift to the delegates. Yes, let them decide which materials to print. Make the app available beforehand, and delegates will arrive with copies on which to write notes. But many apps have note-writing features anyway.

An event program is fluid: speakers, room locations, meeting times…they all might change. A printed addendum requires even more paper. Updating an app can take as little as a minute to update, and has no additional cost. Announcements and push notifications can be used to send out important change alerts.

Age is in your head, not theirs.

“Older” participants might surprise you. They, too, want convenience. From personal experience, you would truly be amazed at the number of happy faces the app will create when you take a few moments to show an older “newbie” how to download the app on their device and use it at the conference. Their perception of your organization will be positive. And if the app is simple and easy to use, they will enjoy it.

Fallacy #3. “The venue has poor WiFi, or the WiFi costs too much. So, we’re not going to use an app.”

Depending on what type of app you employ, the lack of WiFi might not be an issue. 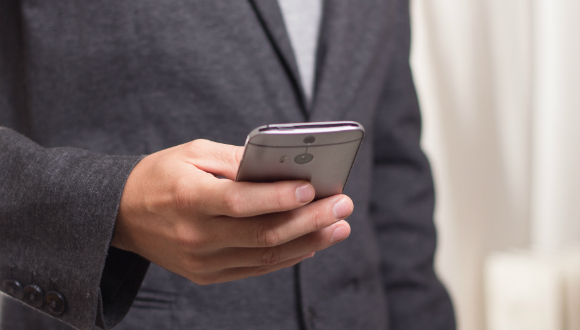 There are two types of event mobile apps. One is “native” that is developed for devices with iOS (Apple) and Android operating systems, including smart phones and tablets. The other is a “web-only” app. Proponents of web-only apps tout the similar look-and-feel with the event’s website and the interoperability content management system.

A web-only app can replicate the conference website, offering a similar look and feel. But the user’s enjoyment is tied directly to the availability of a strong signal, either from the user’s carrier and proximity to a cell tower, or the venue’s WiFi. We all know the frustration of not getting a signal when you need it most.

Native apps, on the other hand, require a download from the App Store or Google Play. An individual can start using the app before the conference. Once it’s opened, the user can explore its features, review the entire conference, and access the materials. After that, a poor WiFi signal will not impede the native app, unless changes are made to the conference schedule during the conference or if interactive features such as chat, polling, and posting photos are utilized, especially if many people are using the app simultaneously.

Therefore, “no or poor WiFi” can be an obstacle but not a completely insurmountable one.

The cost of WiFi is one of the hot-button issues impacting the entire events industry.

Being competitive and keeping up with the demands for improved technology and activities such as live streaming have caused many convention centres and hotels to invest in infrastructure upgrades, including WiFi.

Event organizers would be wise to investigate a venue’s WiFi during the early stage of negotiations and carefully read the venue’s proposal and contract. Inexperienced event planners can be caught flat-footed after signing a contract with the venue, only to realize when they’re shopping for apps that they didn’t negotiate WiFi.

The range of WiFi costs can be startling. One multi-day small conference can range from zero dollars (it’s included) to upwards of $35,000 or considerably more. Hotels will often propose a per-person/per-day rate, which one should avoid. While the hotel did make an investment, and is trying to get whatever it can, event planners have more negotiating leverage than they might think.

Venues and major hotel properties in popular convention cities have invested millions to deliver faster, more sophisticated WiFi. Planners of large trade shows should expect to include a line item for WiFi in their budget.

It’s the small conference where a planner can get tripped up. If you must pay for WiFi, first understand the level of bandwidth the property is offering you, whether there are built-in redundancies (such as pipes from two different telecom providers), the number of access points across your entire meeting space, and the number of users it will serve. Find out if the cost is coming from the property itself or the property’s designated third party communications provider, which might be marking it up.

Negotiate an all-inclusive rate that covers everyone attending and all meeting rooms including the common areas, with dedicated bandwidth to your specific event. Don’t share bandwidth with another conference or the hotel’s guest rooms. Find out what technical support is available during the event and discuss the venue’s contingency plans and penalties or reimbursements for disrupted service.

There are some inroads on WiFi costs. Some city convention centres offer levels of complimentary WiFi. One tip for the RFP process is to utilize a city’s convention and visitors bureau (CVB) to help vet the venues and properties that will include WiFi or offer it at a nominal cost.

Migrating to a mobile app requires a balanced perspective: an open mind on app adoption, confidence that delegates will accept and embrace it, and understanding WiFi’s impact. Costs for a printed program need to be weighed against costs for the app plus WiFi (if it’s not overpriced). Good negotiating tactics and long-term planning will guide event organizers to make the right choice.

Phil Rappoport is Vice President, Sales & Marketing for AgendaPop, a mobile event app based in the Washington, D.C. area, serving associations, nonprofits, and corporations worldwide. For 30 years, Phil has served in marketing and promotion management capacities for companies in technology, consumer products, and broadcasting, such as AOL, ABC Television, Fox Television, Sony, and Tribune Broadcasting. Phil is a sought-after speaker for several national meeting professional organizations. He can be contacted at phil@agendapop.com or +1-703-793-4955.