The GBTA Foundation’s 2017 Compensation and Benefits study delves into salaries, bonuses and benefits for U.S. travel buyers and reveals differences in compensation based on a variety of factors including experience, region, position, company travel spend, and gender. 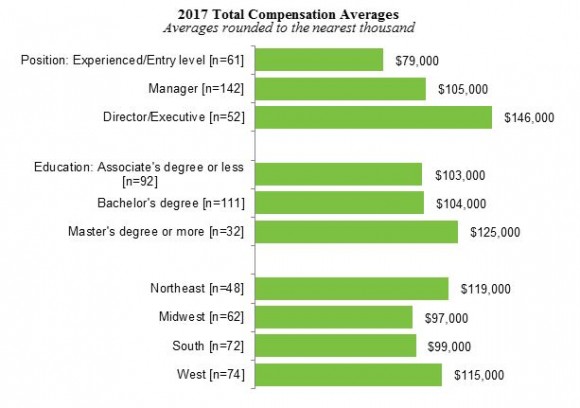 The study also revealed GTP® Certification holders earn an average of $112,000, which is nearly six per cent higher than their counterparts who lack it. The Global Travel Professional® (GTP) Certification is designed to raise industry standards, enhance work performance and recognize individuals who demonstrate core competencies essential to the business travel management discipline.

Tax-advantaged health accounts are widespread, and a majority of buyers indicate their company offers health savings accounts (82 per cent) and flexible spending accounts (80 per cent).

Three out of five (62 per cent) companies allow buyers to work from home and even more (73 per cent) are granted flexible work schedules. Additionally, more than one-half (55 per cent) offer gym memberships or discounts.

The study is based on an online survey of 272 travel buyers currently residing in the United States who are employed full time. The survey fielded from June 21-30, 2017.