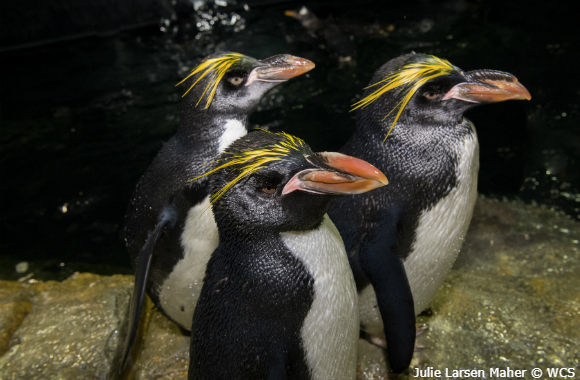 In 1967, the iconic New Yorkers Simon and Garfunkel released a song “At The Zoo” in which they sang “It’s all happening at the zoo.”  It is perhaps a little late, but I am happy to report that it is true for the Bronx Zoo in New York.

I confess that for many years I did not know that there was a Bronx Zoo. Whenever I heard the Bronx Zoo mentioned, it was in reference to Yankee Stadium. It was intended to reflect the wild New York Yankee baseball fans and the surrounding sketchy Bronx neighborhood. (By the way, in my experience, neither of these assertions is true. I find Yankee supporters friendly and extremely knowledgeable about the game. The area surrounding the stadium is busy and agreeable.) Movies such as the 1981 production “Fort Apache, The Bronx” have also left a very negative impression of the Bronx borough, which is far less the case today.

Not far from Yankee Stadium is the real Bronx Zoo, which I had the good fortune to visit recently. The Bronx Zoo is a wonder in its layout, architecture and natural setting. It is the largest zoo in the country and among the largest in the world. It attracts over two million visitors a year.

For an urban zoo, what surprised me was its size – 265 acres graced with the stately Bronx River flowing through it. The Bronx Zoo is adjacent to the breathtaking 250-acre New York Botanical Garden. Remarkably, this 500-acre beautiful bucolic setting is located in one of the world’s largest urban areas. If only urban planners in other cities had the vision of 19th century New York!

So, what does a zoo have to do with special events?

When holding a special event, it is always a challenge to find extracurricular activities that are memorable, interesting, informative and widely appealing, that involve some exercise and perhaps even fun. Many group participants do not enjoy engaging in a sport due to lack of interest, ability or embarrassment. Not everyone enjoys an art gallery. Concerts are usually too expensive and long. Yet pretty much everyone loves seeing animals.

If you are holding an event in New York, why not think about a trip to the Bronx Zoo? It is only 10 miles from the Empire State Building and can be reached easily by car, subway and bus. One-hour tours of the Bronx Zoo are available for up to 30 people. There is a wide range of good restaurants available. All the displays are fascinating and friendly. The Zoo has an excellent website outlining all the information that you need to know.

There has been criticism of zoos recently, which in some cases might be deserved. However, that is not the case for the Bronx Zoo. All its inhabitants appear well treated, even loved. One leaves the Zoo with a far better understanding of the creatures with whom we share this planet and a broader appreciation of environmental considerations.

If visiting with the inhabitants of the zoo is not enjoyable enough, watching the awe-struck large crowds of children having the time of their life seeing their favorite animal is an added bonus.

By the way, you don’t have to wait for a special event to visit the Bronx Zoo. When visiting New York, going there on your own can be lots of fun.

As Simon and Garfunkel sing in “At The Zoo”: