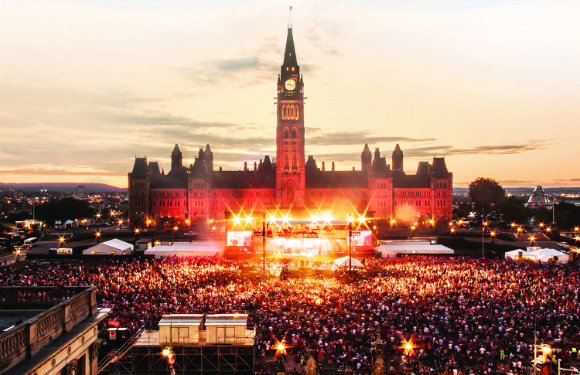 It’s a banner year in the nation’s capital as Ottawa celebrates the 150th anniversary of Canada’s Confederation with record-breaking growth in its meetings and conventions industry. By January 2017, the city recorded a 220 per cent increase in large-scale event bookings compared to two years before – a success its hosts attribute to a strong vision and historic timing.

“2017 has been a record-setter for us, no question,” agrees Glenn Duncan, Vice President of Ottawa Tourism. “Of course, a large part of that is the fact that it’s Canada’s 150th birthday and we have a lot going on, but on the other side of that is we’ve been making long-term investments to become a premier group events destination.”

From extensive renovations to Parliament Hill’s West Block to the redevelopment of the Ottawa Macdonald-Cartier International Airport and expansions to the city’s Light Rail Transit (LRT) network, Ottawa has contributed billions of dollars towards critical infrastructure and facilities throughout the region. In 2011, it also assisted in the opening of the downtown Shaw Centre (formerly the Ottawa Convention Centre), a 200,000 sq. ft. venue overlooking the iconic Rideau Canal. It quickly became one of the city’s premier venues. 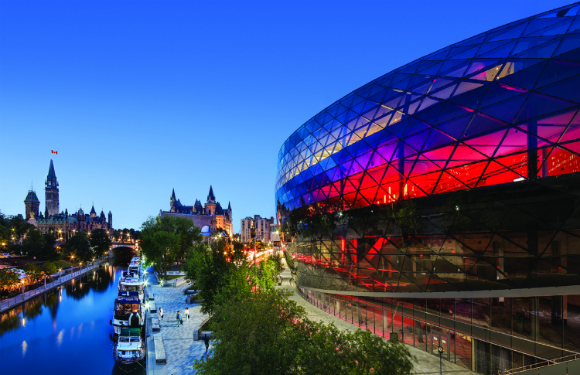 “Opening the Shaw Centre six years ago signaled to the industry that we have the infrastructure in place to be a major player in the conventions and meetings market,” says Duncan.

Also contributing to the city’s popularity is its flair for world-class events, from the diverse musical acts of RBC Ottawa Bluesfest to the rollicking celebration of winter each February at Winterlude and the millions of tulips that bloom each May during the 65-year-old Canadian Tulip Festival.

“We continue to attract groups who want a place to stay before and after their event, because there’s just that much more happening with all major sporting, cultural, and Canadian events. At any time of year, whether it’s in the winter at the Davis Cup or summer with the Canadian Track and Field Championships or Bluesfest, there’s something going on,” explains Duncan.

This year-round energy and ongoing development have made Ottawa a top choice for corporate and association events. Last year alone, the city hosted the One Young World summit, Institute of Electrical and Electronics Engineers and the World University Service, and Canada International Forum.

Moreover, Duncan adds, Ottawa has made significant inroads into overseas markets, noting, “Once you start hosting some international conferences, other parts of the world take notice and they’re more likely to consider a place like Ottawa over some of your more traditional North American destinations. It’s a matter of success breeding success.”

A Milestone in the Making

This year promises to be one of the most memorable in Ottawa’s history. In honour of Canada’s 150th, the capital will host a number of special events. These include Ignite 150, a showcase of epic stunts and gatherings throughout the city; Canada’s Table, an outdoor dining gala in front of Parliament Hill featuring Canadian dishes served by the nation’s top chefs; Inspiration Village, a free, summer-long exhibition housed in 41 shipping containers in the vibrant ByWard Market neighbourhood highlighting the country’s provinces and territories; and the North American premiere of La Machine, featuring a giant robotic spider and dragon that will roam the city’s streets between July 27 and 30.

It’s an exciting year, to be sure, and one which the city hopes will bolster Ottawa’s reputation as a leading events destination. Reflecting on its growth to date, Duncan says, “Our success hasn’t been accidental. It’s been a lot of work getting to this point, backed by our stakeholders and our partners. The fact we’re breaking records in 2017 is an affirmation that we’re doing the right things and that there’s room to do even more.”