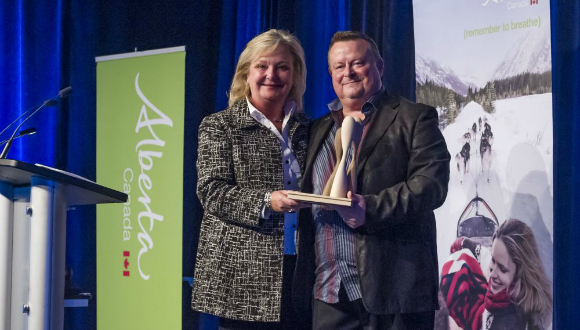 Heidi Welker was recognized for her ability to bring people together and lead high performing teams that drive results. As President of the PCMA Canada East Chapter from 2012-2014 and her many years of service before that, Heidi was renowned for bringing members together and encouraging them to dream big.

“This recipient’s greatest talent is inspiring others”, said Chuck Schouwerwou, President of the PCMA Canada East Chapter. “As a role model, this woman has proven to be a shining example to woman and men alike, rising from being hired as a sales person to becoming a Vice President in the company she currently works for.

The President’s award is given out solely at the discretion of the President to recognize persons who had a major impact on their journey to becoming president or during their year of President. Up to two individuals can be recipients of this award in a given year. Freeman would also like to congratulate Barry Smith, CEO of the Metro Toronto Convention Centre, for being honored with the President’s Award for 2016.