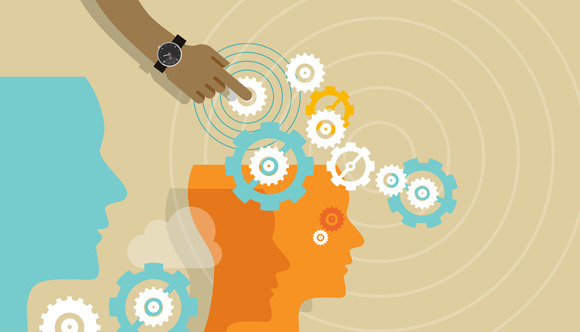 Taking a deep dive into the way we work is the first step in improving our workflows, becoming more productive and ultimately spending less time working. If you’re thinking of taking stock of your productivity, I’ve talked a bit about it here.

One of the common threads that people discover when doing this type of self-evaluation is the over reliance on one single application or program, or what I like to call inappropriate multitasking. A good example would be using your email inbox as a long term storage medium. Sure you can do it, but it’s a terribly inefficient way to keep track of information.

I’m a big fan of single-use technology. I think that just because a piece of software allows us to use it for multiple things doesn’t necessarily mean that we should. Case in point, I’m a huge fan of Evernote. It’s amazing for keeping my thoughts, information and data altogether in a search-able, sync-able format. One thing that it’s not great for is to-do lists. For to-do lists, I use Todoist. I use Basecamp to communicate and work with my MPI Board, and I use Dropbox for long-term storage of my larger files, and that’s just for my work life.

If you haven’t heard of the Internet of things, you will. There are more and more devices entering our lives, and more devices invariably means more apps. I currently have apps to control my lights, my thermostat, my door locks and my smoke detector. This “app trend” isn’t one that’s going away any time soon. As we add more apps and digital tools into our lives, we inevitably end up multitasking.

Multitasking is hard to do. It’s even harder to do well; that’s why more and more researchers are recommending that we try and multi-task less and less. As event professionals, we need to multitask – it’s at the core of what we do. If we can’t remove it from our lives completely, we can minimize it as best we can.

I’d like to introduce you to two of the most potent tools in the savvy event professional’s repertoire: integration and automation. When in the context of apps, automation means telling a service or device what you want it to do and when you want it to do it. The goal of automation, in the words of one of our time’s greater orators is to be able to “set it, and forget it.” Integration refers to the action of allowing communication between two apps devices or services that normally wouldn’t be able to interact.

Integration and automation: Bridging the gap

Both integration and automation are achieved by way of external services that can speak to all of your devices and act as a bridge allowing your devices to speak to each other. You may have heard the term API. Without getting too technical, an API is what allows different programs to interact. Way back when, an API allowed different programs on your computer to talk to each other; an example would be Poll Everywhere. This is a program that allows users to conduct live audience polls at events. By accessing the API for PowerPoint, Poll Everywhere is able to seamlessly integrate into PowerPoint presentations.

API’s are a really interesting component of modern computing, and if you want to take a deeper dive into them I’d suggest starting here. API’s are nothing new, but up until very recently only those of us with in-depth knowledge of computer programming have been able to take advantage of them.

APIs for the masses

The reason I mention all this is because in 2011, a company started up called If This Than That (IFTTT) and about a year later a second company Zapier came on the scene. These two companies allow regular users with no programming knowledge to harness the power of the API of thousands of apps and programs and create an almost infinite combination of integration and automation “recipes”. I think the team at Zapier put it best when they said, “We’re a group of people who believe that computers should work harder.”

IFTTT and Zapier both operate on a similar concept. After creating an account and logging in, you’ll be invited to connect to a series of channels. Channels in this case refer to the programs that you’re going to connect together. For example, Zapier has a great recipe that goes like this: When I set a reminder in Evernote, Zapier automatically creates a corresponding to-do item in Todoist, on the appropriate date. Setting this up was really simple. After logging into my Zapier account, I provided my login credentials for both Evernote and Todoist. After that, I could very easily create my own recipe, or like I did in this case, browse through the many pre-built recipes already available.

IFTTT and Zapier both have robust mobile apps. By allowing the programs access to the data provided by your smartphone, you open up a whole new world of possibilities. I have one recipe that makes time tracking automatic and seamless. By using the GPS data from my iPhone and telling IFTTT where my office is, I’ve created a recipe that keeps track of when I enter and exit my office building and automatically adds that data into a Google docs spread sheet. So when it comes time to calculate my attendance, say for figuring out how much lieu time I have access to, I have a log of every day I was in the office and how much time I spent there. All of this is done automatically without any input or thought from me. It’s one less thing that I need to keep track of.

I can tell you without hyperbole that the possibilities for integration and automation when using these services is virtually endless. Want the Wi-Fi enabled light switch that controls your outdoor lights to turn on when the sun sets and off when the sun rises? How about saving the photos you take on your phone automatically to your Dropbox account? Wouldn’t it be great if every time you posted a new blog, your Facebook page automatically posted about it? These are all recipes that I currently use, and they’ve each allowed me to make my work and home life way more efficient with less and less manual input from me.

Take either of these programs for a spin, and I think you’ll be pleasantly surprised at how easy it is to integrate and automate. In doing so, you’ll make your work and home life much more efficient with very little effort.