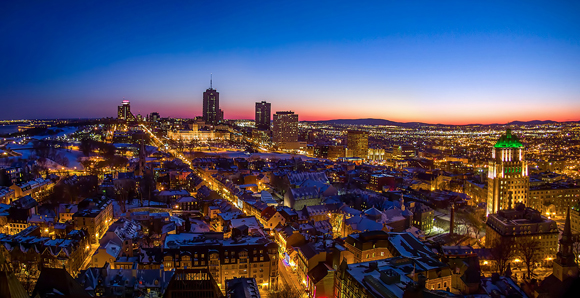 A landscape of 17th century landmarks, majestic parks and modern amenities, there are always new things to do in one of Canada’s most historic metropolises – Québec City.

Established in 1608, the country’s first European settlement blends old world style with an eclectic vibe, every month of the year. From spring to winter, each of the four distinct seasons bring their own unique experiences that serve as jumping off points for planning creative and memorable events with plenty of wow factor.

Thanks to its compact size and relaxed layout, experiencing the city is a walkable feat, with major attractions located within steps of each other. Professionals will go home feeling culturally inspired and enlightened after spending time in what The Québec City Business Destination team calls, “a living history book.”

After all, travelling to conferences is more than panel talks and seminars.

Spring awakens the city as the days grow longer, and there’s no shortage of delightful things to do. From strolling among the blossoming urban parks to people-watching at an eclectic cafe, this is the season when life returns. It’s also the perfect time for professionals to celebrate the carefree enjoyment of life, or what the French call, joie de vivre.

On their down time, visitors can take advantage of the warmer weather and meander through Old Québec, a UNESCO World Heritage Site. The pressure of everyday life will fade into the background as guests journey in time, past the only fortified walls in North America, which span close to 4.6 kilometres. The narrow streets of Rue Saint-Louis and Rue Sainte-Anne are lined with charming shops and renowned restaurants that serve culinary delicacies.

Overlooking the area is the iconic Fairmont Le Château Frontenac hotel that has undergone a multimillion-dollar restoration. Directly below this historic landmark, the Dufferin Terrace walkway overlooks the St. Lawrence River where people can view the monuments and canons that were used to defend the city more than once throughout the centuries.

Spring, particularly April, is also the perfect time to taste fresh maple syrup and maple toffee (hot syrup on snow). Traditional parties are held in sugar shacks, and invite larger groups of tourists to enjoy provincial cuisine and folk music. An afternoon outing is a fun option for younger professionals who are now looking to balance traditional meeting space with more community engagement.

In 2017, Canada will celebrate the 150th anniversary of Confederation, and while festivities will unfold all year long, special summer events are in store around the country’s birthday. From July 18 to 23, a flotilla of 40 ships, also known as the Tall Ships Regatta, will come to port in Québec City after sailing across The Atlantic. There will be ship tours, thematic activities on the docks and a host of other free events for the general public – a must for professionals who may or may not have kids tagging along.

Overall, the city’s close proximity to the 744-mile long St. Lawrence River will appeal to water-lovers who spend much of their day indoors. Canoe trips are easy to book, while boats docked at the old port offer a variety of cruises. From watching the sun set on a short evening sail to hopping on a five course gourmet getaway set to live music, conference after-hours don’t have to be spent on land. To save time and money, while providing a special experience, look to local travel and meeting experts who have access to resources. The Québec City Convention Centre, for example, handles all the minute details so planners can achieve their overall goals, while creating a unique event. 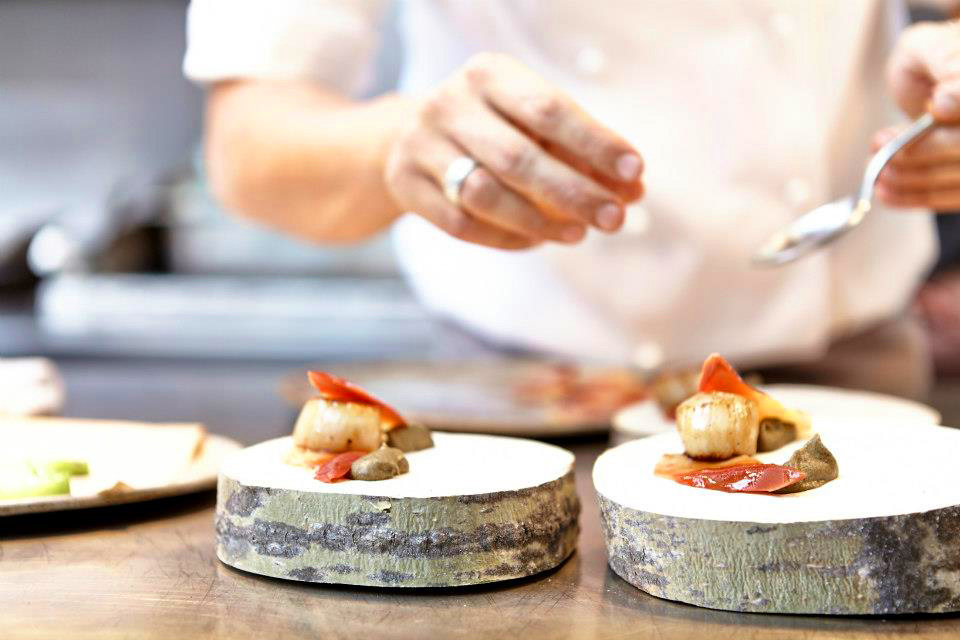 Each fall, a burst of crimson and gold takes over the city as leaves reach their peak. Parks and wildlife trails around the downtown area offer breathtaking panoramas of colour. Hiking and biking are popular autumn activities among locals. For example, hike along the parc linéaire de la riviere Saint-Charles, a 32-kilometre riverside trail that winds its way past tourist and historic sites. This linear park, inaugurated in 2008, follows the Saint Charles River beginning at Lac-Saint-Charles and ending in the Old Port where the river joins the St. Lawrence. Biking is also a great way to get a little exercise and enjoy the vibrant colours. An eight-kilometre stretch of the trail in the city centre features a bicycle path that makes for an invigorating group outing.

Another option is Mont-Sainte-Anne’s Great Colour Adventure, happening from mid-September to mid-October. This area right outside the city has 145 kilometres of mountain bike and hiking trails and a ton of fresh air. Closer to downtown is the Plains of Abraham. This 242-acre green space within Battlefields Park, the country’s first national historic park and one of the largest in the world, welcomes some four million visitors annually.

With an increased focus on sustainability and social responsibility among business leaders, there are opportunities to get up-close-and-personal with fall’s natural beauty with an agricultural tour to a local family farm or apple orchard. An excursion or tasting trip to the Isle of Orleans, an island across from Québec City with a 19th century countryside flair, offers freshly baked bread, wines, ice ciders, black current liqueurs and fresh apples and apples products.

The city is a magical winter playground for a meeting or convention, with an average natural snowfall of more than 400 centimetres each year. Québec Winter Carnival, one of the world’s largest winter carnivals, runs from late January to mid-February and has been a go-to event since 1955. Professionals in town can enjoy elaborate snow sculptures, night parades, an Ice Palace and a competitive canoe race on the icy river, all a short walk from the Hilton Québec and its tremendous carnival views. In early December, travelling business folk can also do some last minute holiday shopping among lights, decorations and choral singing as Old Québec is transformed into a real Christmas village.

The city has also expanded its German Christmas Market, known for its wooden kiosks of local gifts and selection of German treats from bratwurst and mulled wine to gingerbread. For a more invigorating off-site activity or networking idea, the city is also a top skiing and snowboarding destination with four different resorts. A shuttle service is offered for Mont-Sainte-Anne and Le Massif ski resorts, where visitors can go for a therapeutic ski among the evergreens and compare conference notes in a natural setting.

When it comes to organizing conventions and meetings, hop on the website and explore a colourful range of seasonal activities. Québec City representatives with extensive experience are on hand to help you plan your next event. Click here for more information.