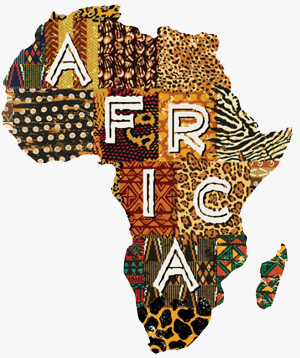 As the geographic footprint of corporations expands and organizations continue to standardize their meetings policies and overall governance globally, meeting planning in emerging countries takes on a higher level of importance and relevance. One particular part of the world on meeting planners’ minds is Africa.

For years, Africa has been a popular travel destination attracting those who seek adventure and unique experiences. As a whole, Africa continues to rise in popularity, bringing new travellers to the continent from near and far. In addition to leisure travellers, Africa has attracted the attention of businesses and corporate meeting planners alike. While total meetings and events activity in Africa is low compared to North America and Europe, American Express Meetings and Events’ Survey, Emerging Africa: Exploring Meetings on a Changing Continent, indicates that 52 per cent of meeting planners’ interest in Africa as a destination for meetings and events is increasing.

As Africa rises in prominence on the global business stage, many meetings professionals lack awareness of what the different regions of the continent have to offer. Taking the time to do the necessary research into suppliers and vendors and keeping technology, security, transportation, food and beverage and payments front of mind can make planning meetings smooth, rewarding and enjoyable for everyone.

Africa is a continent with many different cultures and countries. From a meetings perspective, Southern Africa has long been a popular destination for incentive travel and congresses, but with the continent growing as a key development region for business, a deeper look is required to fully understand Africa as destination for a full range of meetings and events.

Many industry professionals feel intimidated by the process of obtaining visas, managing payments and managing contracts in African regions. Adding to the challenge, many meeting planners who are familiar with planning meetings in Africa still have an abiding perception that managing group travel in Africa is more difficult compared to other destinations.

While payments can present challenges in some countries in Africa, many areas continue to undergo rapid development and expansion. In the key meeting regions of North and Southern Africa, card and electronic payments are commonplace. Establishing clarity around payment expectations with vendors, understanding your company regulations, as well as the financial nuances of the host country, will ensure a simpler planning process.

By working with local resources, meeting planners can gain an updated and accurate view of the African regions, become more familiar with African policies, regulations and tourism opportunities and gain additional insight on the meetings and events market.

Of the meetings held in Africa, the majority are held either in South Africa or North Africa. North Africa bears resemblance to Middle Eastern cultures and contains ruins from Roman and Greek antiquity. It is also one of the most modern regions in Africa, with infrastructure and conveniences for visitors. It presents unique attractions and activities of interest to attendees such as the Pyramids of Giza, Egypt, and the Atlas Mountains of Morocco.

Southern Africa is the continent’s largest economy and home to the most “western” cities of the continent. The region contains abundant natural and wildlife attractions to visit and experience. Cities such as Johannesburg are often used as a launching pad for visits that include safaris and explorations within Central and East Africa. Central Africa receives high ratings as a destination that would appeal to participants and that the meeting professional themselves would like to visit. It has many unique attractions, activities of interest and has developed infrastructure including clean water and emergency services.

Meeting professionals should continue to educate themselves on the various regions and work with local bureaus and those experienced with meetings in Africa to help create a meaningful, effective and compelling meetings experience for all attendees.

When planning meetings in Africa, meetings professionals indicated that attendee safety and basic meeting infrastructure is important and must be in place for serious consideration of a meeting destination. Africa has become a global hot spot for business development, with the number of planned hotel openings up 40 per cent in 2015 compared to 2013, according to the American Express Meetings & Events 2015 Forecast.

Additionally, the TOPHOTELPROJECTS GmbH says that midscale to luxury hotel openings increased in Africa from 2013 to 2015, and 4- and 5-star hotels under construction in Africa increased by 16 per cent from 2014 to 2015. The top three African cities for 2015 hotel openings are all in Northern Africa, including Marrakech, Algiers, and Cairo.

There are some doubts within the industry however, whether this level of new construction within the region is sustainable, particularly given some of the political instability present in some African countries and the challenges associated with initiating and developing hotel projects in a number of sub-Saharan countries.

Planners need to remain informed about security updates in emerging countries, where traveller safety is a key priority. In countries where unrest or other political issues may be a factor, look into cancellation policies in case of a security issue, and ask the venue about their policies and procedures for medical situations. Ideally meet with hotel security during a site inspection prior to the event. If that isn’t possible, talk to hotel security to ask about contingency plans for situations such as natural disasters, medical issues, political unrest and strikes.

Africa is a destination that’s easy to get excited about. There are areas of growth and opportunity and entities committed to improving the continent. While Africa continues to face challenges, the economic growth and expansion of many global and multinational companies is increasingly driving meetings and events to the continent.

Africa’s rise in prominence on the global business stage makes it necessary and important for meeting professionals to improve their awareness of the different regions of the continent. Africa has much to offer and can deliver on the unique experience and venues that many meeting professionals continue to seek.