Whether it is shortened lead times, continually shrinking event budgets, the influx of new meeting apps or rising food and beverage costs, we wanted to find out what is most important in the minds of today’s meeting planner. In a recent online poll of CM&E readers from across Canada, we discovered that corporate and independent event planners share many of the same concerns and challenges when it comes to planning, budgeting and managing meetings in Canada.

Here’s a brief snapshot of what planners had to say in the CM&E Reader Survey poll conducted this winter:

For most respondents to the CM&E survey, it was a virtual dead heat between shortened lead times and reduced budgets when it comes to the most challenging components of event planning. In fact, 52 per cent of respondents said that these two issues were the most or very challenging aspects of planning their events. While significantly less important to most planners surveyed, other major concerns included a lack of venue availability and year-to-year format change. 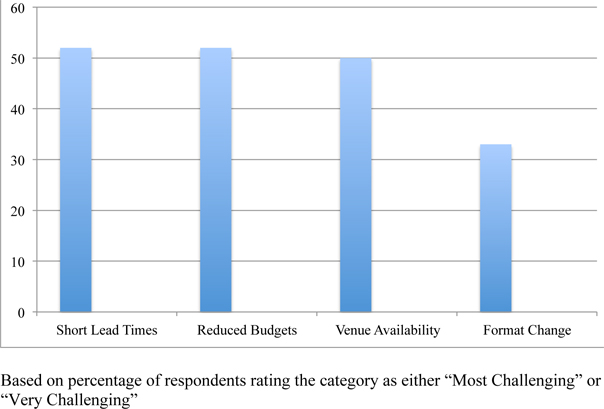 An overwhelming 65 per cent of planners responded that the audio-visual component is the most crucial aspect when considering the impact of technology. With another 24 per cent considering A/V as “very important,” it is clear that other technology concerns continue to take a back seat to lighting, sound and staging. However, among those other concerns, the rise of popular new meeting apps captured a significant portion of readers’ attention. 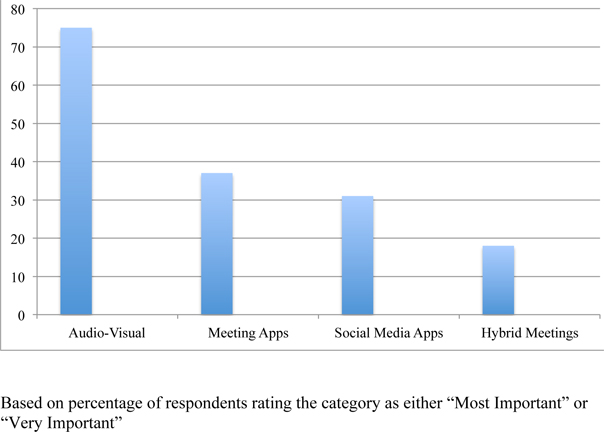 Far and away the runaway leader in meetings destinations was Canada. A whopping 83 per cent of planners surveyed said they hold 75-100 per cent of their meetings here in Canada, with the United States a distant second at just 15 per cent. Other popular destinations of international meetings organized by Canadian planners included Asia and the Caribbean. 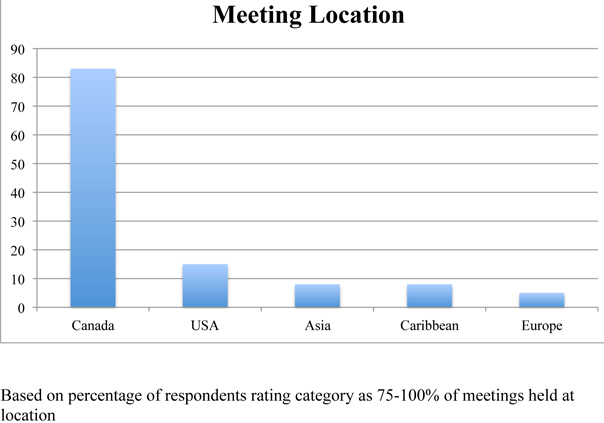 The clear leader when it comes to food and beverage challenges is the rising cost of food, with over 65 per cent of survey respondents answering that the cost or price of food was the most challenging aspect of F&B planning. Other leading categories of the most challenging aspects of food planning included having to provide gluten- or allergen-free options as well as the continued emphasis in healthy or low-calorie food and beverage choices. 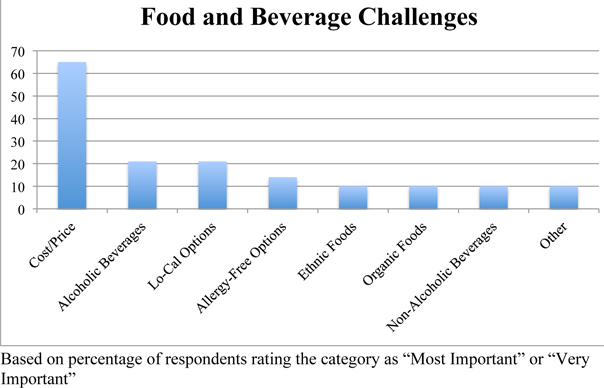 Other challenges for Canadian event planners:

In addition to the major categories discussed earlier, here are just a few of the other important issues that our survey unveiled as top-of-mind for CM&E readers: