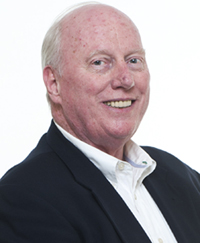 Meeting Professionals International (MPI) has announced the selection of Daniel Gilmartin, a seasoned finance executive, as its new chief financial officer. In this role, Gilmartin will lead all financial administration, business planning and budgeting as well as oversee board relations and governance. He assumed the position yesterday, reporting to MPI president and CEO Paul Van Deventer.

Gilmartin brings a diverse business background to MPI, the largest global meeting and event industry association. He was a certified public accountant in New York state and has experience serving as both chief operating officer (COO) and chief financial officer (CFO) within the retail and consumer products industries.

“After conducting an extensive search, we are thrilled to have Dan join the MPI team. He is a strong leader and team builder with a proven track record in public accounting and business management,” said Van Deventer. “We believe Dan’s broad experience and financial and analytical skills will be instrumental in accelerating MPI’s global growth, which will benefit our entire membership.”

Gilmartin began his financial career with Price Waterhouse, where he spent eight years in the New York office and worked as a senior audit manager. For the past few decades, he has held senior leadership positions with publicly traded and privately owned companies, including General Host Corporation where he served as president and COO of Franks Nursery – which grew from 50 to 270 stores during his 15 year tenure. Gilmartin also served on the board of directors for both Color Tile and American Blind and Wallpaper Factory. Most recently, he held the positions of COO and CFO for Doors In Motion, LLC, where he helped lead the successful turnaround of the company.

Currently, Gilmartin resides in Bloomfield Hills, Mich., and plans to relocate to the Dallas/Fort Worth metroplex soon. He previously lived in Fort Worth, Texas.