After the lingering effects of the AIG debacle in the United States and a lingering recession to deal with, incentive travel is making a comeback across most of the Canadian corporate landscape.

While corporate Canada decided to wait out the recession and shelve incentive travel for a year or so, or decided to travel domestically, incentive companies with a diversified client base were able to ride out the worst of the economic carnage and maintain a measure of recognition travel for high performing employees. 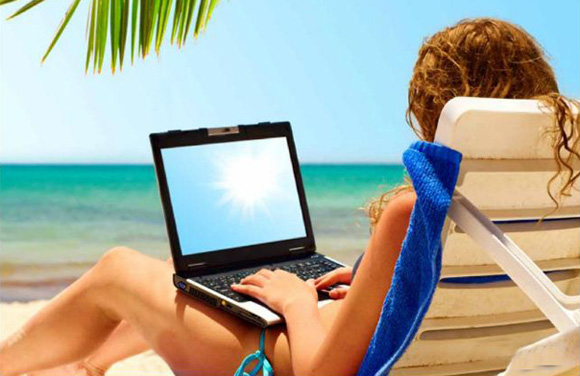 Joanne Keating, special projects manager with Meridican Incentive Consultants, based in Markham, Ont., even saw an uptake in some client’s business during the worst of the recession. “In tough times, the grocery business tends to grow, because people aren’t eating out as much. So as their business increased, they recognized their franchisees with an incentive travel program. They also rolled out their marketing plan for the coming year and it was a great networking opportunity.”
Part of the challenge, Keating explains, is convincing the shareholder and the non-involved employees about the importance of incentive travel, especially when stock is sliding or there’s been layoffs. She adds, “In times of recession that’s when you need incentives the most. Sales drive most companies, so to boost the sales force when the negativity in the industry is pervasive, it’s critical to boost morale. With the sales generating incentive plan, its’ so much easier to show the financial impact. Non-sales incentives are much harder to show the return on investment. (ROI)”

As for budgets, clients that have taken a year off are now back and raring to go. Kathleen Jones, business solutions manager for Halifax-based Fraser & Hoyt Incentives, says “Those companies that did take a break or did do some budget cuts or stayed domestically want to return with a big bang when they re-launch. They want to get their people excited again, because it’s an obvious disappointment when company personnel are used to going to these top notch destinations and that changes.”

For Keating, budgets are basically at the status quo level or have just minimally declined. “In this past year,” she says, “there has been some great opportunities with our hotel partners, we were able to use some of the budget realized from lower hotel costs to pay airfares which have been increasing because of fuel surcharges. With the two offsetting it’s been great, and also a huge contributing factor is the U.S. dollar being at par. We’re certainly able to offer a great bang for the buck. I think the status quo for budgets will hold for at least a couple of years, and then as the hotel rates begin to creep up we will see the budgets increase accordingly.”

Nicola Kastner, CMP,CMM, director, CWT Meetings & Events, Operations North America, based in Mississauga, Ont., says, “We’re definitely seeing a return to pre AIG-effect levels in terms of volumes of the trips, the structure of the trips and the extravagance of the trips has certainly changed and continues to change. The volumes and the companies operating them have returned to normal. We also see that companies are committing much further out, we are doing a lot of work right now on 2013 programs.”

And because of the strength of the Canadian dollar, Europe and South America are re-emerging as destination hotspots. Kastner says, “Although we’re still seeing traditional travel to the Caribbean, Panama is popular right now, and we’re certainly seeing more Europe. Madrid and Barcelona in Spain, Prague and the Czech Republic is hot. Monaco is a great value, I can do a Monaco incentive program for less than I can do one in New York. New York is a great destination — it’s certainly appealing and people love it, but you need a top-end budget for it.”

Keating is personally running six programs this year. “Right now we have a program going to Paris, and one is actually in Prague. My smallest group is going to the Napa Valley.” Interestingly, she says a long-haul destination is quite popular right now, Hawaii. “Hawaii seems to be one of the hottest destinations in America. It’s a long way to go but a lot of people have it on their wish list. With the dollar at par it’s affordable right now. Hotels are providing really wonderful rates, to incent us to promote it and offer it in our planning process. We’ve quoted Maui and Oahu because there’s more direct non-stop service out of Vancouver and Calgary.” Both Keating and Kastner say that Asian and Pacific Rim travel is almost non-existent right now. “Asia is just too far,” says Keating. “We looked at it last year for a client. Maybe for a really top incentive program that can afford first-class air.”

Besides a return to somewhat exotic locales, there are a few tweaks to most programs that were a direct result of the AIG-effect and program budgets. Instead of a complete break from business, there are now scheduled meetings during the program. Budgets for décor and extravagant room-drop gifts have declined. Program-wise there is more choice of activities, including community-based CSR and more free time for participants.

For Kastner, having the top performing employees and senior-level executives together is a powerful business opportunity. “Combining a true business session within an incentive is really smart, from an organizational perspective because if you think about it, you have all these top performers and your senior executives together in a place where they can create meaningful dialogue and information sharing which is what all organizations need. We’re certainly seeing that trend. From a participant’s perspective that opportunity for one-on-one face time to interact with an executive is very powerful as well.”

Another component of the incentive travel program that has changed is giving participants some completely free time on their own.  Keating explains; “Our groups today are well-travelled. Giving groups a completely free day is very important as they have their own ideas of what they want to do in a destination. As an example, for her upcoming Paris trip, the first day the group arrives, a team scavenger hunt helps them understand the subway system. “So on the free day we’ll give them a subway pass and a museum pass and they can decide what museum they want to visit and how much time they want to spend there. That’s really important to our groups, being able to explore what they want on their own.”  Besides free time, another desirable component of a group trip is a community service project. Keating’s groups have built schools, built picnic tables and put in a garden in St. Lucia.  “It’s about and leaving a positive footprint in the areas that we visit. So if half of our group wants to incorporate that type of activity it invigorates the whole group. It’s extremely emotional.”

After weathering the AIG storm, Canadian incentive travel planners are happy to be busy, with relatively smooth sailing ahead for at least the next year or two.

According to Nicola Kastner, these three criteria that should be part of every single incentive: