When we started Speakers’ Spotlight in 1995, the world was a much different place. The Internet was in its infancy, nobody I knew had an e-mail address, and “social media” were two words rarely used in the same sentence. The role of speakers’ bureaus and agencies was very much that of a gatekeeper. They had rolodexes with speakers’ telephone numbers, and if a meeting professional or conference organizer wanted to book a particular speaker, unless they happened to know them personally, they pretty much had to go through an agency. 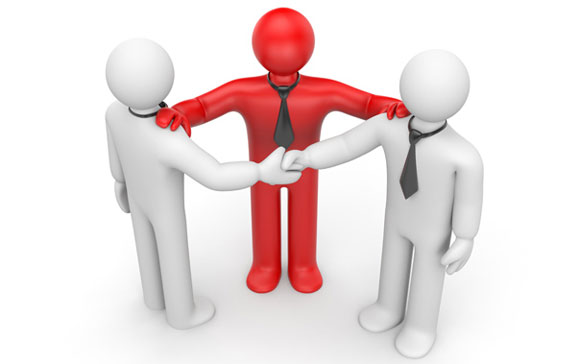 I recall going to see a very prominent business/technology speaker around that time, who was warning his audience that anyone who had the word “agent” in their job title or description was about to become obsolete. “Disintermediation,” he said, was about eliminating the middleman from virtually every business transaction, as this thing called “the Internet” was about to allow buyers and sellers in virtually all industries to deal directly with one another, instead of through an intermediary.

I remember quite vividly sitting in the audience feeling somewhat panicked and extremely discouraged. My wife and I had just walked away from promising careers to launch a business that was built around the fact that we were placed firmly in the middle between speakers and the meeting professionals and conference organizers who hire them. If what this highly regarded “expert” was saying was correct, it appeared our timing for launching Speakers’ Spotlight couldn’t have been worse.

A few weeks later, I saw another speaker, who at the time wasn’t nearly as well known, deliver a speech on virtually the same topic. Evan Solomon was in his mid-twenties, had recently co-founded Shift magazine, and hosted a show on CBC television called FutureWorld. Evan had a completely different perspective, and referred to what former U.S. Secretary of Labour Robert Reich, in his book, The Work of Nations, referred to as “symbolic analysts” or “strategic brokers.”

Evan’s argument was that as information became more abundant, it would become less and less valuable, and the job of middlemen/agents would become more and more important. He used the example of a travel agent, who could provide their clients with valuable insights about a particular resort or destination based on actually having visited the place, and provide opinions and perspective that a website or brochure could never deliver. I walked away from Evan’s presentation feeling much more optimistic, and hoping that his view of the world would prove more accurate.

Empowerment of the digital age

Fast forward to 2011, and we now live in a world that is far more connected than anyone could have predicted 16 years ago. Most speakers, authors, celebrities and media personalities not only have their own websites; they’re on Twitter, Facebook and LinkedIn and for the first time interacting directly with their readers, viewers and fans. Most people these days, particularly those under the age of 30 who have “grown up” in the digital age, feel not only comfortable but empowered to reach out directly to just about anyone, and fully expect a response. So how has this impacted the role of speakers’ agencies and bureaus? I believe it has elevated their importance by changing their core function.

Today, anyone can go on the Internet and find hundreds, if not thousands of speakers on any given topic. The questions are:

1. How do you know if they are any good?

2. How do you know if they are right for your event?

Agencies that define their role not as gatekeepers, nor as solely representing the interest of the talent they represent, can provide an incredibly valuable service. I believe the role of a speakers’ agency or bureau is to partner with both the meeting professional and the speaker, with the ultimate goal being to contribute to the overall success of the event.

As with virtually every product and service, there are more options today than ever before. As with all relationships, I believe trust is the key, and finding trusted partners who know your events and audiences, understand how you work, and can provide solutions that can help you achieve your goals, is critical to ensuring that the speakers you put in front of your delegates or guests exemplify the values of your organization, are relevant, timely and in line with your objectives, and of course fit within your budget. Technology has provided us with incredible tools to help make quicker and more informed decisions. The power of strong relationships and trust, however, has never been more important.